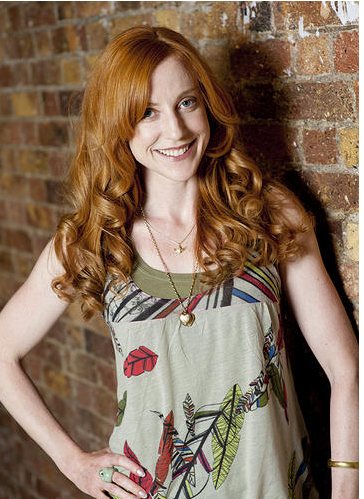 WHO IS THIS ANDREA M. BLUNDELL VIXEN...

I'm a lifestyles writer of dual citizenship (UK/ Canada) who now resides in North London, UK. My favorite sorts of pieces to pen are interviews, profiles, and first-person experiences. I am one part glamour girl, one part mad hippy, and one part hardworking Irish mule. I have a complete inability to say no to last minute adventure- try me....

So my journey has been journalism (columnist and associate editor of 'Canada's first clubbing magazine', oh how that makes me giggle now), fiction writer (shortlisted for the Bridport prize and published in various literary magazines), film director (five shorts the last which sold to the CBC), full time screenwriter and script doctor, then back to journalism with a focus on topics that excite me. WHEW.

I won my first award for fiction when I was fourteen, but I never considered making a career of writing. It was just something I compulsively did from the age of four. I was going to be a translator, an archaeologist, an actress or a rock star. Barring the latter, I can see that elements of each of these careers sneaks into my life as a writer.

I have a university degree in Creative Writing that basically helped me entirely lose my natural voice and spend five years struggling to find it again. I then did a postgraduate in Screenwriting at Toronto's prestigious Canadian Film Centre. This turned my focus onto the business of writing but it also had me do projects I didn't believe in which eventually led to me losing heart in the storytelling process. But now I'm all grown up and know how to chase what I like, follow my truth, and bypass the rest. If you have a project you think I might like, try me. If it involves a plane, glad rags, and adventures of the soul, I'll probably be in...