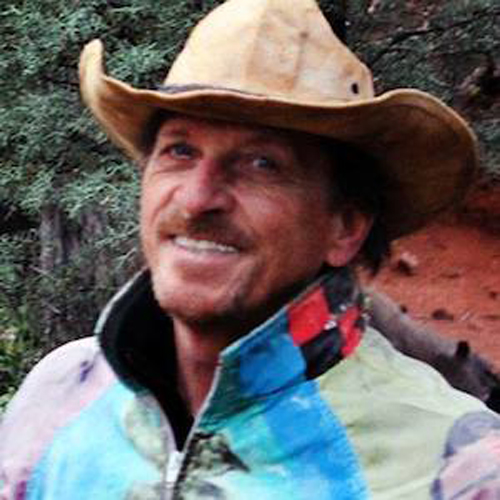 Napoleon Brousseau's work can be experienced as site-specific installations operated by cell phones, eco political paintings, digital portraits, video, film, working in a multitude of mediums and styles. In his early carreer he created in 1983 the still present Ten- ants installation on the Cameron Art Bar in Toronto, to building props for the Pee Wee Herman TV show.

Graduated from the Ontario College of Art and Design in 1976. In 1979 he co--founded Fastwurms producing installations and films. Over a period of ten years the Fastwurm Collective presented successful shows that garnered them raving accolades in Canada, the USA, Europe and Japan.

In 1991 Brousseau left the Fastwurms spending two years traveling through South East Asia and in Europe painting and exhibiting.

In 2001 he graduated from The Canadian Film Centre New Media Lab.

His graduating team created prototype “Swamp” that was presented at Siggraph in Los Angeles 2001, where he also worked on the Panels Committee Art D irecting the Digital Senses Show “Sensapalooza”.

In 2005 the CFC Media Labs co-produced his concept for SEED by bringing together artists and programmers Gabe Sawhney, Galen Scorer . SEED was first presented at the Scope Art Fair in NYC and since then on to Australia, China, Canada and the USA.

In 2006, Brousseau was Director of Emmersive Gallery, with a mandate in presenting exclusively New Media Art works and installations.

In 2007, he was Artistic Director of “The Josh Lederman Art House”, a one-night event occuring monthly, self contained multi talented artists space, with a mix of new media, art performance, dance, conventional wall art, and circus.

In 2010 SEED was presented at the Winter Olympics in Whistler, Canada and in 2012 at The McMichael Gallery in Kleinberg as part of “The Tree Project”.