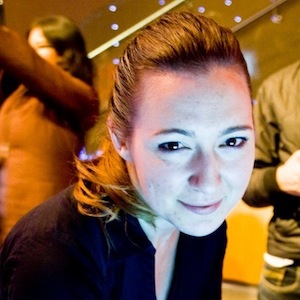 I am a Toronto-based Concept Developer and Creative Producer. Over the course of my career, I've worn a lot of hats that allow me to take a flexible, holistic creative approach in my work. I started acting at age 12 and worked till my early 20's, mainly in Canadian television and independent film. As a young playwright, I received awards and commissions. I transitioned into content creation and directing. I gained most of my production experience working in television production, running a multidisciplinary studio space, engaged in concept development and as an independent writer/director/producer on a variety of short content, both privately and publicly funded.

Today my focus in on the exciting space where art and technology meet. I am particularly interested in hanging special effects on performers in real time, in the context of live performance , or in previsualisation or film production. I am also interested in turning technology on its ear to amplify or create new narrative and distribution modalities or push technological and storytelling boundaries. I have completed several residencies where I have developed these approaches; in New Media at the CFC Media Lab, as the 2012 Site3 Colaboratory Artist in Residence and in the context of an extended Visiting Artist stint at York University. I am continuing to continue to pursue collaboration with inspired individuals and creative teams around the world. I want to make people say "wow". I want my work to actually change things.