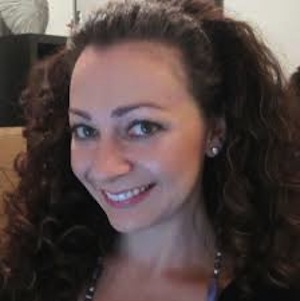 “Tatyana writes circles around the other kids in the class” - Tatyana’s grade 3 teacher Mrs. Caits to Mr. and Mrs. Terzopoulos

And so it began – a creative mind thrilled by crafting wondrous fictional written tales. Tatyana soon realized that TV storytelling was her true calling when she began filming scripted dramatic scenes in the hallways of her high school. Completing the RTA program at Ryerson University with Honors allowed her to hone her scriptwriting, documentary, and independent production skills. It also saw the creation of a ½ hour kids reality show pilot “SWAP-TV” that would rocket-launch her TV career. In 2001, TVOntario acquired the pilot for "SWAP-TV"and Tatyana and her partners signed on with Breakthrough Films and Television to Co-Create, Co-Produce and Direct 39 episodes of the series that went on to win a Gemini for “Best Children’s/Youth

Non-Fiction Program or Series” in 2004. This series allowed Tatyana to merge two passions: working with kids and directing documentary-style content.

Tatyana has continued to hone her skills as a Producer/Director and as a Writer, working on such youth TV shows as "Sci-Q" (Discovery Kids/Smithsonian Network), "Kids World Sports" (BBC Kids Canada/Discovery UK), "Captain Flamingo" (YTV), "Naturally Sadie"(Family Channel/Disney), and MTV's "Diary" (MTV Canada). Tatyana ventured into the 'adult' market for the first time in 2007, with her first one-hour documentary film, "What A Booty!" Commissioned for W Network, Tatyana created, wrote and appeared in this playfully fresh look at women's body image.

Most recently, she joined Shaftesbury Films and Heroic Films as a Creative Consultant and Writer on "Connor Undercover", an exciting new dramatic children's series set to premiere on Family Channel in 2010.

Tatyana’s tackled the many bumps in the road to creating Canadian television with focus and determination, egged on by the recognition and support she continues to receive from the industry, including the Academy for Canadian Cinema and Television Apprenticeship Award for Screenwriting, 2005 Warner Bros./WIFT BANFF Mentorship Award, a 2006 Pitch It! slot and a 2006 CTV BANFF Fellowship.

Tatyana continues to develop innovative properties including documentaries and children’s television content, both fictional and non-fiction