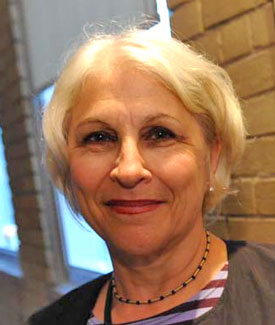 Astra Burka, born in Amsterdam, Holland, was educated as an Architect in Toronto. In 1993, she established her own architecture practice and film career. Astra art directed over 40 feature films and movies-of-the-week, renovated houses and built and experimental lane house. In 2004, she directed and produced her first short which premiered at the Moving Pictures Festival for Dance and Video, Toronto. Austra received an honorable mention. "using minimal resources this film managed to recreate the innocence of sport from a very different time." Her films have been screened at national and international festivals, on television and Air Canada. She is fascinated by untold family history and films these stories with a creative twist. Austra has produced and co-produced all her films and is able to produce a quality result with creative teams and limited budgets.