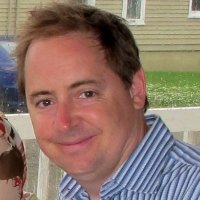 Aneurin Bosley, the project’s lead writer, has many years of experience in new media, starting in 1993 when he co-launched The Internet Business Journal, the first monthly magazine of its kind. He co-authored How to Advertise on the Internet, published in 1995, and was an Internet columnist for CBC Radio One between 1996 and 1999. Aneurin is a graduate of Carleton University’s Master of Journalism program and has worked as an editor in the city, entertainment, foreign, national and new media departments of the Toronto Star. He has also worked as a writer for Canadian Geographic and has written on Paul Kane for the Ottawa Citizen and Toronto Star. Aneurin also has a Master of Arts in philosophy from the University of Ottawa.