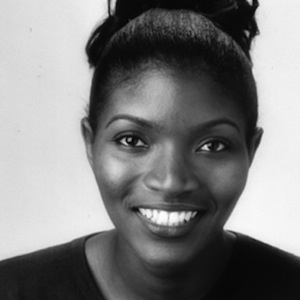 Jacqueline Nuwame is currently the Social Media Manager at Manulife Financial. Previously, Jacqueline was the Senior Manager, Client Relationships of CFC Media Lab, the award-winning institute for interactive storytelling created in 1997 at the Canadian Film Centre.

As an interactive producer, Jacqueline supervised project and prototype development while working closely with industry partners on strategic relationships on projects and national training activities. She also worked with OCADU on the recently jointly launched Digital Futures MA program. In addition to this has fostered curatorial relationships with the 2010 Cultural Olympiad and is currently working on program design for incubating the next generation of entertainment properties.

With her company Eventide Media she has worked as a consultant with several Canadian production companies and convergent projects such as Direct Current's 4Real.com and Kensington¹s Diamond Road Online websites. In the past, she was the Director of Communications at DECODE Entertainment Inc. in Toronto. She has an award-winning cross media portfolio, and has a wide range of experience in content strategy, online/broadcast convergence, branding & marketing, and communications strategy.

She frequently speaks at digital media festivals and is an active board member on the Davenport Perth Neighborhood Community Health Centre.