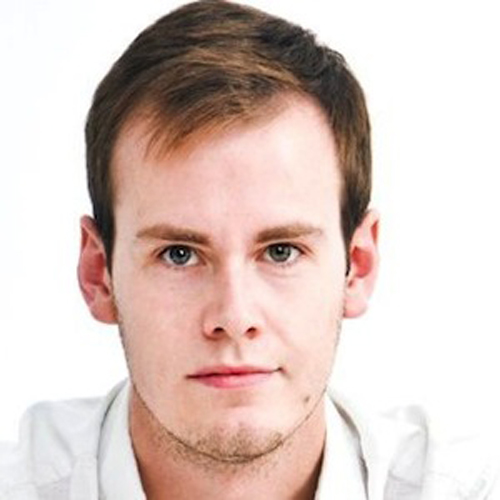 Trevor Haldenby has worked as interactive producer and design consultant on a diverse array of digital projects: the massively popular virtual world Habbo Hotel (2005-2008), Earth Rangers' Bring Back The Wild campaign (2008-2010), the National Film Board of Canada’s Emmy-winning interactive documentary series High Rise (2011), and the Design Exchange Award-winning Painting The Myth: The Mystery of Tom Thomson (2005).

As co-founder of the Toronto design and foresight firm The Mission Business, Trevor led the creation of ZED.TO: ByoLogyc — a 10 month interactive and immersive end-of-the-world story that won Best in Cross-Platform Fiction at the Digi Awards, Best in Show at the World Future Society congress, and the inaugural Performance Innovation award at the Toronto Fringe Festival in 2012.

The ByoLogyc story world was extended into an exclusive experience commissioned by Autodesk for their annual IDEAS conference, at NASA Research Park in Silicon Valley. Over 25 VIP designers, entrepreneurs, and science fiction writers were dropped into a half-day simulation of the discovery of extraterrestrial life by an artificial intelligence.

The Mission Business's next public-facing project, VISITATIONS, was a 21st century haunted house experience exploring the dark side of the Internet of Things. It was designed for The Drake Hotel in Toronto, and ran from March through May of 2013 to sold-out shows and critical acclaim from the National Post, The Grid, and Torontoist.

Trevor has delivered keynotes about the future of design, and the design of engaging futures at the TED conference in 2013, TEDx OCADU, Autodesk University, Merging Media, and the CBC.

Trevor is currently pursuing partnerships and opportunities that call for the integration of his skills as a futurist, design thinker, digital strategist, and storyteller.