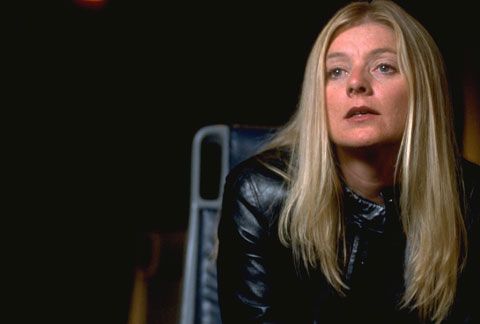 Annie’s passionate vision and compelling stories resonate with audiences around the world. An alumna of Sundance, The TIFF Talent Lab, the CFC Director and Short Dramatic Film Labs, and Women in the Director's Chair, she was also the recipient of a CTV Fellowship, a Kodak New Vision Award and her films have screened on five continents and garnered many awards.

While developing a slate of independent film and TV projects through her company, The Heat Mansion, Annie has built an impressive resume of international directing credits spanning film, TV, music videos and commercials. She has lent her distinct filmic style to dramatic shows such asClose Encounters,Dual Suspects,Psychic InvestigatorsandCold Blood, among others, and has just finished as Executive Story Editor, and Consulting Producer/Director on Season One ofRoyaye Shirin, the first ever dramatic Iranian TV series to be produced outside of Iran, which debuted this spring on the FarsiOne Satellite channel worldwide. Working with writing partner Daniela Saioni, she is the in house story editor for the from Shctick to Script Comedy Incubator, and they’ve in development on two of their TV series with New Road Media. Annie has just finished helming 7 episodes of Discovery’s Sci-fi hitClose Encounters.

Her short dramatic filmPudgelaunched at TIFF, circled the globe, won numerous awards and was licensed by multiple international broadcasters. Her performance art filmTongue Bully(shot in Cuba)screened at The Lincoln Centre andwas the first BravoFACT short to play at Sundance, where it also sold. Annie’s work has been featured inAmerican Cinematographerand she is well known for her work with diversity casting.