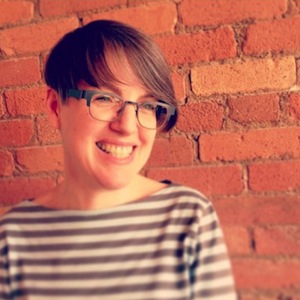 Storytelling, in the 21st century, can take many forms, and Angelica Fox has told tales in more than a few of them, from TV show to online news, printed book to iPad app, exhibition catalogue to steel signage in a waterfront park. Inspired by her collaborations with a wide range of creators – foreign correspondents and audio engineers, documentary photographers and serial entrepreneurs, landscape architects and theme-park designers – Angelica has forged an approach to communications that’s design-inspired, fact-based, and audience-oriented.

Angelica began her career in magazines, then expanded to broadcast journalism. In her 14-year tenure at the Canadian Broadcasting Corporation, she pioneered the inclusion of arts stories in radio newscasts, co-created a live, late-night TV show and produced hundreds of hours of programming. On the digital side, she's edited CBC News Online and CBC Music.ca.

Since 2004, Angelica’s worked in the design industry, bringing her deep knowledge of research, interviewing, writing, editing, and all-around content conceptualization to narrative projects of all types. She managed a team of architects and designers for Bruce Mau Design, then founded Sparkler Communications to help creative organizations and social enterprises articulate their visions and stories.

In 2012, Angelica co-founded Wondereur, a digital venture offering privileged access to the lives and work of contemporary artists, whose stories are told in photo essays. Wondereur is a double nominee of the 2014 Webby Awards, an official honoree of the 2013 Webbys, a finalist of the 2013 Digital Magazine Awards, and a gold winner at the 2012 Canadian Online Publishing Awards.

Angelica has an MA in cultural interpretation, received a fellowship for arts journalism and has studied studio art and creative writing.