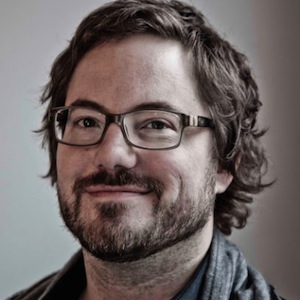 Marc began his career in the film and television industry while living in Winnipeg, Manitoba. After working in a variety of positions including locations, production management and event organization, he produced his first feature film in 1999, HEATER. Starring Gary Farmer (Dead Man) and Stephen Ouimette (Slings and Arrows), the award winning film showed at festivals around the world including Sundance 2000.

Stephenson continued to work as a line producer until his move to Vancouver in the summer of 2000. Working as an investment analyst at the federal film funding agency, Telefilm Canada, he dove head first into the Vancouver independent film community. After completing his tenure at Telefilm, Marc joined the ON THE CORNER team to finance and produce the feature film in the spring of 2003. The critically acclaimed film played to strong reviews across the country, was chosen as one of Canada’s top 10 films (Toronto Film Festival group) and won the top prizes at the Vancouver and Valencia (Spain) film festivals.

Television projects include multiple movie of the week producer credits for Lifetime, USA and SyFy Networks, documentaries for CBC Newsworld, Vision TV (CALL IT KARMA) and series work for the CBC (THIS SPACE FOR RENT) and Spike TV’s animated series THE NEW REN AND STIMPY SHOW.

He is currently producing an interactive kid’s app for iOS devices called WINDY & FRIENDS based on the books of the same name. Marc is a producer on two theatrical features coming out in 2014; THE F-WORD, Directed by Michael Dowse (Goon) and starring Daniel Radcliffe (Harry Potter) and THAT BURNING FEELING, starring John Cho (Star Trek). He has a dog named Davis and lives and Works in Vancouver, Canada.

"The CFC has been an invaluable support network . . . If the old adage is true: it's not what you know. It's who you know. The CFC knows everybody!"