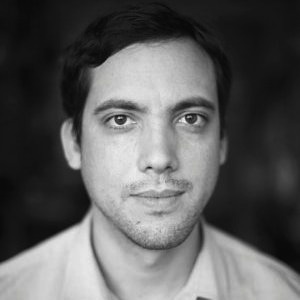 Daniel Bekerman is a Toronto based producer with a broad base of experience which includes creative development, financing and service producing.

He produced the meta-detective story You Are Here, which won the Toronto Film Critics Association Jay Scott Award and opened theatrically in 2011, co-produced Citizen Gangster starring Scott Speedman, which won the best Canadian first feature award at TIFF 2011 and had a theatrical release in 2012. Completed films set for 2013 releases include The Pin, a WWII set love story, The Husband, a dark comedy directed by Bruce McDonald staring Maxwell McCabe-Lokos and Inglorious Basterd’s August Diehl. Projects currently being packaged include Bang Bang Baby, a musical directed by Cannes Residency alumni Jeffrey St. Jules, Beyond Apollo, a sci-fi starring Bill Pullman and Ali Larter and The Witch, a co-production with New York based Parts and Labour. He is currently financing In The Lost Lands, which is based on a book by Game of Thrones author George RR Martin.

Daniel was one of 12 producers selected for TIFF Studio in 2012, and has recently participated in the Berlinale Talent Campus, TIFF Producer’s Lab and the Rotterdam Producer’s Lab.

Daniel Bekerman produced the meta-detective story You Are Here, the WWII love story The Pin, The Husband - the latest film by Bruce McDonald and co-produced the period bank robber film Citizen Gangster. Currently in post production are Bang Bang Baby which was developed in Canne’s Cinefoundation and The Witch developed through the Sundance Institute.