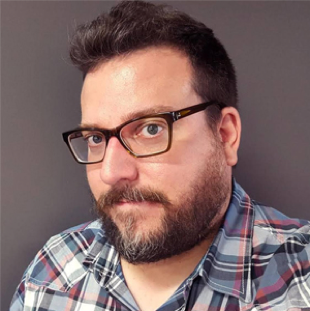 He is currently a Creative Director at Secret Location, where he’s proven himself to be a highly capable and innovative concept developer, visual artist, and experience designer. Focusing his attention on virtual reality, Stefan is exploring how this new medium will evolve our traditional narrative structures.He was the artistic lead on Secret Location’s VR experience for the hit FOX series Sleepy Hollow, which was awarded the first ever Emmy for a VR project (Outstanding User Experience & Visual Design). Stefan has also been honoured with several Canadian Screen Awards, Marketing Awards, Digi Awards, FITC Awards and FWA Awards. He has also had his work featured on Engadget, Mashable, The Verge, A.V. Club, and in Marketing Magazine.