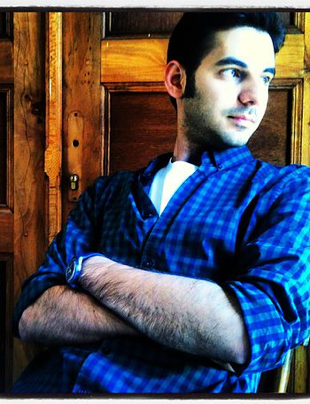 Nima Dehghani is a multi-disciplinary artist whose work explores the relations between society, politics, and audience interactions in public spaces. Born in Tehran, Iran in 1986, Nima works predominantly in the medium of Theater and performance art, and new media. He strives to find the most effective way to influence the audience and society through new experiences in experimental media. There is an undercurrent of social issues in most of his artwork as he tries to reflect political realities of the world. More recently, Nima’s "Netformances" represent a new direction for his art, as he combines performance art with the Internet and social networks such as Facebook.

Nima completed BA’s with distinction at IUST School of Architecture in Tehran in 2010 and currently attends Carnegie Mellon University to complete a Masters in Fine Arts. On the side, Nima writes stories and art criticisms for numerous Iranian magazines and newspapers, in addition to authorizing five books. Nima has won several prizes in playwriting and in 2012 was awarded the best young Iranian director of the year.