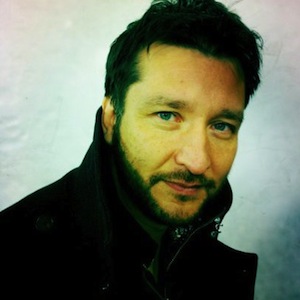 Thomas Wallner is a producer, writer, and director working in film and interactive media. In addition to producing innovative cross-media properties for television, he has written and directed eight award-winning feature documentaries that have been broadcast in more than 30 countries. His last two features The Guantanamo Trap and Before the Final Curtain Falls both won the Special Jury Prize at Hot Docs.

Thomas Wallner is a rare example of a creative filmmaker who is truly at home in the interactive media world. Over the past ten years Thomas has consistently applied his award winning vision as a storyteller to push the limits of interactive narrative.

A leading figure in the creation of participatory narratives he brought the underground genre of Alternate Reality Gaming into the Television mainstream, culminating in the Emmy Award winning genre-benders Fallen and Regenesis.

In 2007 Thomas Wallner pushed the boundaries of nonlinear story telling even further by developing the story concept for Late Fragment, Canada’s first interactive feature drama produced by the National Film Board and the Canadian Film Centre.

Currently Thomas and his team at DEEP are focussing on developing the language for cinematic storytelling in VR. To meet this exciting aesthetic and technical challenge, DEEP is developing LIQUID CINEMA, a software platform and toolset that allows filmmakers, producers and broadcasters to create and distribute story based 360 and VR content across the web, mobile and VR devices.

The narrative innovations built into LIQUID CINEMA build on insights gained on numerous groundbreaking VR productions such as Polar Sea 360°, an extensive multi-platform project that includes a 360 video iOS and Android app and the world’s first long-form 360° video documentary to compliment the 10-part ARTE/TVO series for The Polar Sea.