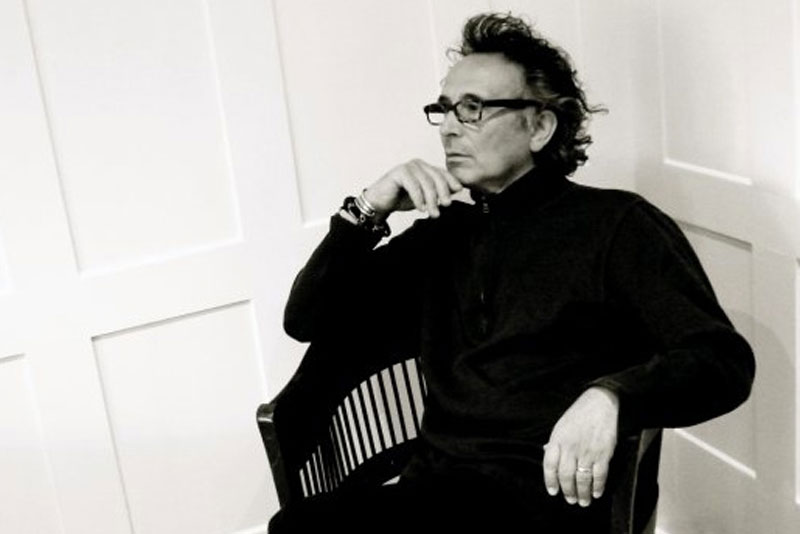 What is the nature of creativity? Is creativity an attribute, or is it a state of being? What is the impetus for creative risk and exploration? Is it problem solving or aesthetic expression? And can a hindrance eventually become the unique signature of one's creativity? Perhaps being forced to express oneself in a certain way ― rather than choosing to do so ― is, in the end, the thing that metamorphoses creativity into artistry.

As arts journalist Kerry Doole wrote, "A recording artist could be forgiven for taking it easy and sticking to a comfortable and well-trodden creative path. Not so Canadian songwriting icon Marc Jordan. Consistently testing himself and exploring new musical terrain, he digs deep . . . It's the sound of a true artist at the very top of his game."

Marc Jordan, the Toronto-based singer/songwriter, Juno award-winning producer and newly appointed Songwriter Chair at Norman Jewison's Canadian Film Centre, is perhaps best known for penning Rod Stewart's worldwide hit, "Rhythm of My Heart”. To date, the song has racked up cumulative global sales in excess of 15 million units, has become Scotland's unofficial national anthem, and has made Marc Jordan one of the most sought-after songwriters in Canada, the US and beyond.

Case in point, Rod Stewart has covered Marc's songs a total of four times. Amanda Marshall's version of "Fall from Grace" earned a Top 10 hit for her, and a SOCAN award ― one of seven ― for Marc. Meanwhile, a coterie of high-profile artists including Cher, Josh Groban, Holly Cole, Bonnie Raitt, Bette Midler, Diana Ross, Sophie Milman, Susan Aglukark, Natalie Cole, Joe Cocker, Kansas, Jeff Healey, Olivia Newton-John, Manhatten Transfer, Kenny Loggins, Chicago, and The Canadian Tenors, to name just a handful or two, have found their way to Marc's rich catalogue of work. Not surprisingly, his songs have also been featured in box office blockbusters and small screen sensations alike, from "The Perfect Storm" to "Dawson's Creek". All told, the numbers add up to 35 million records and still counting.

Yes, Marc Jordan is known for his songwriting prowess but he is also an esteemed singer, musician, and producer, with 13 albums to his name. The list of his collaborators on these recordings is a musical who's who, beginning with super-producer Gary Katz (on Marc's 1978 hit "Living In Marina del Rey"), and rolls out to include David Foster, Donald Fagan (Steely Dan), Timothy B. Schmit (The Eagles), Graham Nash (CSN), Jon Anderson (Yes), Bruce Hornsby, Don Byron, Toots Thielsmans, Hugh Marsh, Molly Johnson, Johnny Reid, Stephan Moccio, Ron Sexsmith and Alison Krauss.

Approaching four decades in an industry which is known to eat its young, Marc Jordan is not just surviving, he is thriving. He's segued into the visual arts with a dynamic painting style in which he employs a range of elements, from house paint to graffiti markers; he's delved into the field of acting with "Score: A Hockey Musical", which premiered as the opening night Gala at the 2010 Toronto International Film Festival; and he has a musical in the works with the Tony Award-winning production company, Junk Yard Dog.

Individually, each of these endeavours is simply a shining facet of a multidimensional talent. Taken together, they are evidence of a voracious creative appetite, and an artist hungry for more.

Over the course of his career, one could say that Marc Jordan has forged an inimitable brand of success. And he has done so in spite of this fact: he is dyslexic.

Perhaps this particular challenge has ultimately been a boon rather than a liability for a songwriter who has always seen lyrics as paintings, gently layering hues of metaphor and melody, tumbling words and compressing observations in a way that makes him the singular artist that he is.

Is he satisfied? Not yet.