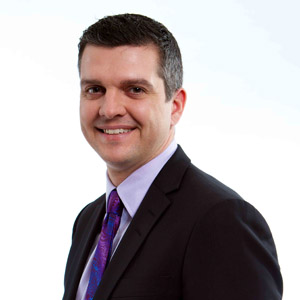 With over 19 years of agency experience, Matt brings a culture-first leadership style to organizations with a focus on innovation, entrepreneurialism and digitally led thinking. Having worked across the spectrum of communications services, including PR & event marketing, traditional advertising, CRM, digital, UX and media, Matt applies that breadth of experience and advises clients holistically and objectively on their marketing problems.

He has also worked across key verticals, including finance, consumer packaged goods, travel & tourism, technology, retail and automotive. These clients have allowed him the opportunity to work at the Global level, as well as service specific markets, including Canada, US, Hong Kong & Australia.

His focus on the work has helped 3 different agencies win Agency of the Year as well as Cannes Lions, Best in Shows at the CMAs & FAB Awards, and LIAAs along with many other local awards. His entrepreneurialism has helped digital & media agencies evolve and introduce new Comms Planning models (across Paid, Owned & Earned), Business Intelligence & Analytics, Branded Entertainment, Mobile & Social Strategy specialties.

Matt is an Executive Mentor with CFC's ideaBOOST start-up accelerator program, sits on the Advisory Board for Dx3, the Fundraising Committee for Toronto's Covenant House and was a Nominee for the 2012 Premier's Awards. He has been published in Strategy magazine and Media in Canada on Innovation. He has presented on Branded Entertainment at SXSW & Banff's nextMedia; MultiScreen Marketing with the AMA & Advertising Week; and the Future of Advertising & Media at Dx3, Schulich, Nielsen360, & Centennial College. In 2011, he was Executive Producer of the off broadway play, "Quake" in NYC and wrote, directed & produced "The Grind" in 2001's Toronto Fringe Festival.