XR and immersive media will be the next computing platform, as we continue embedding smart virtualization layers on top of our world.

Organized by the CFC Media Lab and the City of Marseille, Enterprising Culture: Marseille Meets Toronto gathered dozens of startup professionals from Toronto and Marseille, France on Tuesday, July 9 to start a dialogue and seed potential binational partnerships.

“It’s our first trip in Toronto, and we want to start well,” said Marseille Vice Mayor Didier Parakian, referencing the StartWell co-working space in downtown Toronto that hosted the event. He also sought to build a strong business relationship between the two cities, and added, “We need your inspiration. We are here to build a better future for our populations.”

The participating startups shared this goal, with the Canadian companies largely coming out of CFC Media Lab’s IDEABOOST Network, which has been supporting startups developing interactive technology for the digital media and entertainment space for the past seven years. One of the wider goals of IDEABOOST is to regularly organize forums like last year’s Enterprising Culture: Berlin Meets Toronto, which brought hand-picked companies in the same field from Berlin and Toronto to build collaborations and market expansion opportunities.

Events like this “draw industry leaders, content creators, educators, entrepreneurs, government leaders and investors,” noted Rod Butler, Director of Programs and Policy at the Canada Media Fund (CMF). “This wide range of perspectives and experiences generates the types of conversations that help media innovators and tech startups face the challenges ahead.”

The Marseille Meets Toronto event was set up specifically to encourage that cross-pollination. After a few brief talks and a panel discussion, attendees were given the freedom to mingle and make connections that could become full-fledged partnerships later on.

Technological innovation in creative industries – including breakthroughs in video editing, geotagging, and Virtual and Augmented Reality (VR, AR and their synthesis, XR) – have proven to have unanticipated applications in fields other than commercial media. As Nataly DeMonte, Associate Director, CFC Media Lab, explained in her opening remarks, “We used to think that XR and immersive media was the future of film and entertainment, but the reality is that it’s the future of everything. Our belief is that XR and immersive media will be the next computing platform, as we continue embedding smart virtualization layers on top of our world.” She added, “This tech is typically developed and prototyped within the creative industries of film, media and entertainment, but then gets applied to all other industries.”

The result? The Canadian and French delegations met in a forum akin to corporate speed dating, one that has the added benefit of providing startups with a fresh perspective on their own technology. 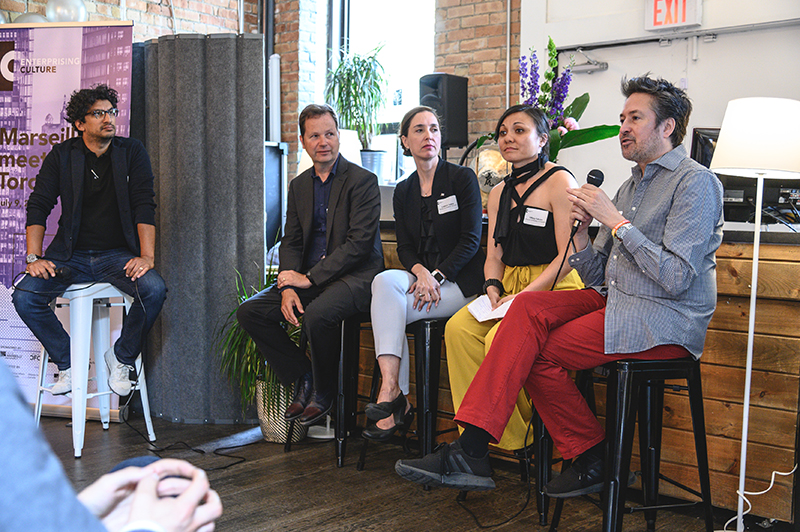 “We’re meeting great teams from other parts of the world, and they’re doing something similar, but different,” shared Emma Lopez. Along with Pablo Narvaez, Lopez is one of the Directors of AVA Animation & Visual Arts, a Canadian company that specializes in projection mapping. “It’s opening the way we think about animation. We are hoping to find new and different ways to apply what we already know how to do.” Narvaez then added, “We are always looking to know more people and collaborate with new technologies.”

The story is similar for Geogram CEO Srinivas Krishna, another member of the Canadian delegation and an alumnus of the IDEABOOST Accelerator. Geogram was conceived as a mobile app that utilized VR and AR to allow users to share their own interactive content, but has since branched out into advertising, venue mapping and event planning.

“We started off in consumer entertainment, and as we put out more technology, the more we are finding real traction in more industrial applications,” Krishna said. At this gathering he noted “We were able to generate quite a bit of interest in what we’re doing, even though it’s not culture per se.”

The members of the French delegation were just as eager to highlight the overlap between the technical and creative industries. Eura Nova, for instance, is a European tech company that develops bespoke software solutions for corporate partners using Artificial Intelligence (AI). It generally works directly with clients rather than the media, but its AI expertise is highly relevant to AR, VR and other creative platforms.

“We are moving into an automated society. Our way of consuming media is changing. The type of media we are consuming is changing. There is room for AI,” argued Shivom Aggarwal, the Head of R&D Projects for Eura Nova. “We can even do creative work based on algorithms.” 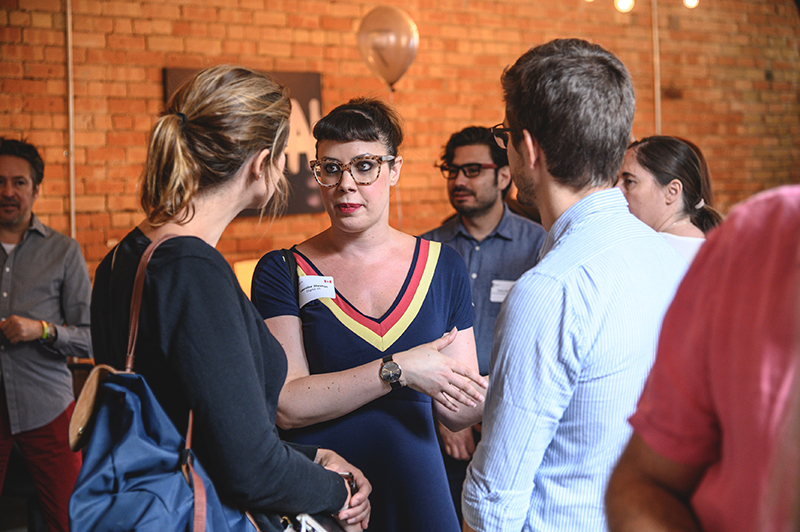 Those algorithms will only get better as technology improves. For a company like Eura Nova, the more pressing challenge is finding suitable business partners and establishing rapport. As an ongoing international forum designed to generate partnerships and dialogue between Canada and France, this particular Enterprising Culture event allowed companies to identify multiple leads in a short period of time, in an environment that provides much more context than a faceless online interaction.

“Content is data, and for most companies, this is their biggest asset,” Aggarwal added, noting that that is particularly true for entertainment companies with large media libraries. “Sharing such an asset, you need strong trust, and events like this, where you actually get to know the culture, bring us closer so that we can develop this trust.”

From the CMF’s perspective, Butler shared Aggarwal’s view. “The benefit” of Enterprising Culture is that it can serve “to promote contact between our entrepreneurs, and the entrepreneurs in Canada.”

That face-to-face contact is ultimately more conducive to business, because it provides a better foundation for future interactions, and it allows for the creation of more stable relationships. That will open doors on either side of the Atlantic, and could lead to the discovery of new uses for existing technology.

“Toronto is a truly international city where we can not only find clients, but also great talent. We can use Toronto as a launchpad for the whole North American market,” said Aggarwal.

“There are jobs, and that’s the most important thing,” concluded Vice Mayor Parakian.

The delegations that CFC Media Lab and the City of Marseilles brought together help both partners and their respective constituencies cast a wider net in the search for potential partners. That lays the groundwork for more substantive collaboration in the months ahead, and gives startups a better chance to succeed in a competitive, evolving landscape with applications transcending the spaces and roles of culture and digital entertainment alone. 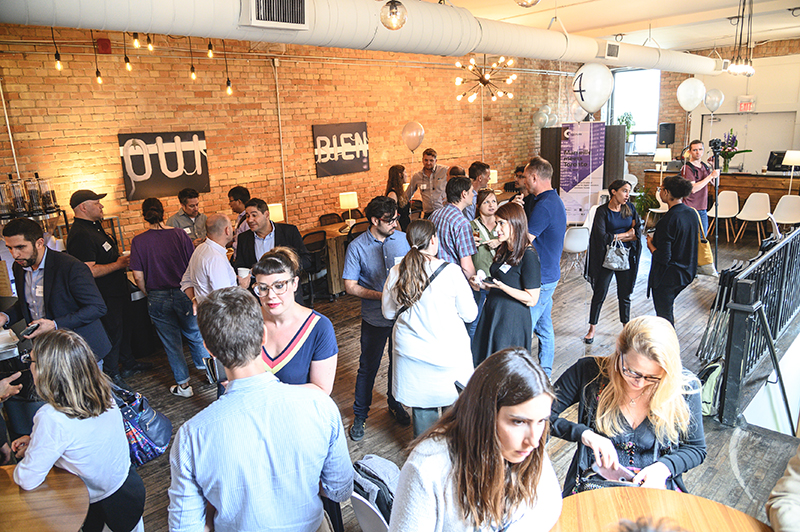 Watch a video recap of the Marseille event here.

City of Toronto Invites IDEABOOST to Its Official Reception for Collision