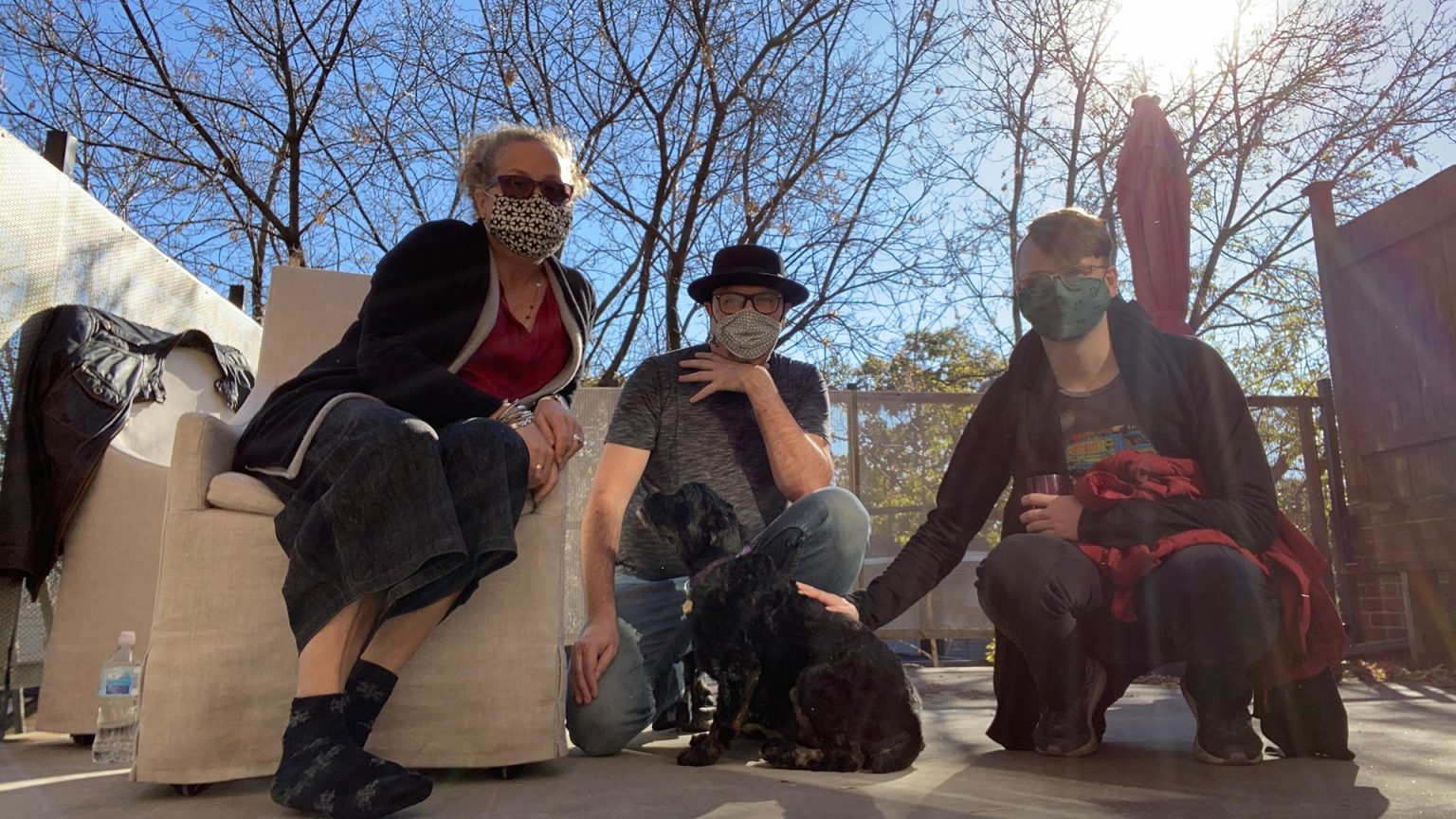 Since the pandemic hit, Deb Day’s been holding a daily virtual meeting with her team that’s been like no other marketing and digital content studio has conducted. They open with a wellness check-in and bookend with a gratitude practice. There’s no talk of clients, projects, or deadlines. Instead, they talk about priorities and everyone shares one thing they’re grateful for. It could be anything: supportive partners, the roof over their head, coffee, a good TV series to pass lockdown leisure hours.

“The team’s not worked in the office since March 13, so it was a priority for me that we adapt our connection with each other,” says Day, who founded the Toronto-based strategic marketing enterprise, Innovate By Day, in 2010. “Virtual meetings can be very transactional — ’just get ’er done.’ It’s a bit soul destroying, so we’ve put systems in place to connect with each other more and differently.”

Indeed, Day stirs up a lot of “business as usual” approaches, which has helped the company innovate to meet the challenges of the pandemic — surviving without having to lay off a single person.

When she launched, she even resisted the term “strategic marketing” for what her company does as it’s associated more with capitalism and consumerism than the feminist and social-justice values at the heart of her studio.

Innovate By Day primarily works within the cultural industry — film, television, art, music, publishing, nonprofits and broadcasters — building online communities and creating audiovisual content such as TikTok videos, Instagram lives, company sizzle reels. Day’s thoughtful about who she works with, teaming up with clients who align with her company’s values. “We would never do something that was pornographic or overtly racist or provocative for the sake of being provocative. I have to be able to align with them at some level, as does the team.”

To accompany the CBC documentary Girls’ Night Out, based on the Ann Dowsett Johnston’s book Drink, the company created the #RethinkTheDrink campaign, a cross Canada peer-to-peer talkback tour and impact campaign at colleges and university campuses featuring custom content and marketing materials. It also created a legacy toolkit to keep the conversation going to combat binge-drinking culture after the in-person tour wrapped.

On another campaign, Day’s team was engaged to support the discoverability and online conversation of the powerful six part documentary series Enslaved: The Lost History of the Transatlantic Slave Trade for and its international release on specialty channel EpixHD in the US, BBC Two in the UK and CBC in Canada. Their role was to curate content, write messaging and moderate the conversation online on the selected social media channels.

“Those projects are meaty and they’re really, really satisfying,” says Day. “Sure, we’re not making the same money as someone who’s selling iPhones and cigarettes, but we’re okay with that. Our goal is to not become bigger and massive. It’s to do meaningful work. We love empowering new businesses and new projects to really define who they are and to reach their audiences.” 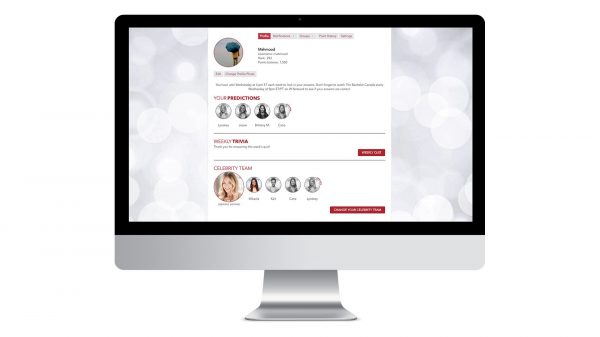 Day has taken the same approach internally, empowering her employees with a human-centric, feminist approach to the way she runs her studio. They embrace anti-oppression and anti-racist values, supporting staff to be their best and truest selves.

Early on, Day developed an employee benefits package by asking her team what kind of coverage they wanted. As a result, the company developed a package that includes health and dental insurance and more sick days and time off than Ontario’s minimum employment standards — in an industry that often relies on freelance “gig” workers.

She also flattened the hierarchy. Employees aren’t pigeonholed into defined roles and responsibilities. Being a smaller team helps. So does encouraging people to stretch themselves in different ways based on their interests and abilities. For instance, a UX/UI designer became the lead coordinator on a project completely unrelated to their role. A social media specialist produced content outside their skill set. Says Day: “Due to the nature of our company, we have to be flexible and really lean into how we can evolve ourselves at the same time as we’re evolving what we’re offering to the clients.”

She adds that anyone who wants to work a regular nine to five schedule and stick to a job description wouldn’t want to work for her company. “We have to be far more agile and adaptive especially in these times.”

On the other hand, anyone who wants to be playful and innovative can thrive. Four years ago, the company secured their own IP to evolve their offerings for their clients, leading to the development of one of their most successful projects yet, the “Innovate Prediction Game Engine.” Teaming up with some of the biggest reality television franchises in Canada, the studio created an online game that lets people bet on who they think will get knocked off of The Bachelor Canada or who they think will win the Head of Household on Big Brother Canada.

Evolving is something the company has had to do a lot this past year. When the pandemic hit, 50 percent of the company’s business was either paused or cancelled. They battened down the hatches as COVID-19 cases went up while marketing spending went down. They applied for every funding program they qualified for. They checked in on their clients and contractors to see how they were doing. They teamed up with a business coach to ensure their cash flow was stable. They put a plan in place in case someone got sick. And it all paid off. The company retained all of the staff, including nine full-time and four part-time employees, as well as a handful of contractors.

Day says that none of it would’ve been possible if she hadn’t taken care of herself first. As an entrepreneur with a teenage daughter, a husband, and father living in a care home, she often finds herself pulled in many different directions. And as an extrovert cooped up indoors with little contact with people, she’s found working virtually challenging. What keeps her going are those daily gratitude practices and daily walks, which are non-negotiable. “It’s really important to take care of myself because I won’t be able to take care of others,” says Day.

She remembers the early days of having to convince clients that marketing was worth spending money on. It’s easier now convincing clients the value of connecting with people, not only because the pandemic makes that so difficult but also because it’s a value that is deeply rooted within the company itself.

“I’m building a company that I would’ve loved to have worked for,” says Day. “A company that feels supportive and is respectful and collaborative.” 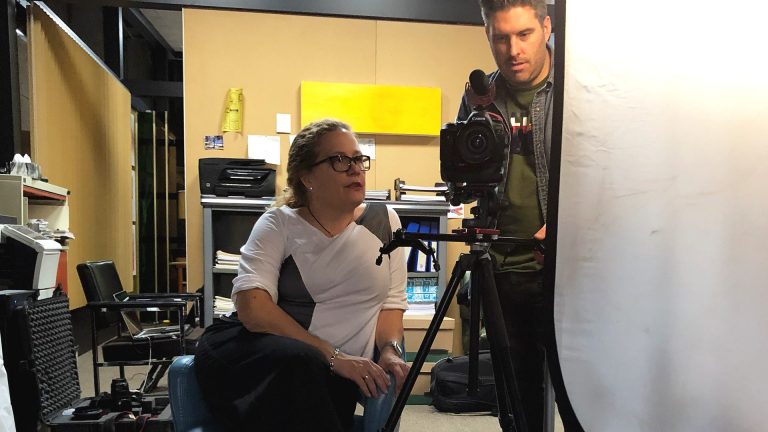