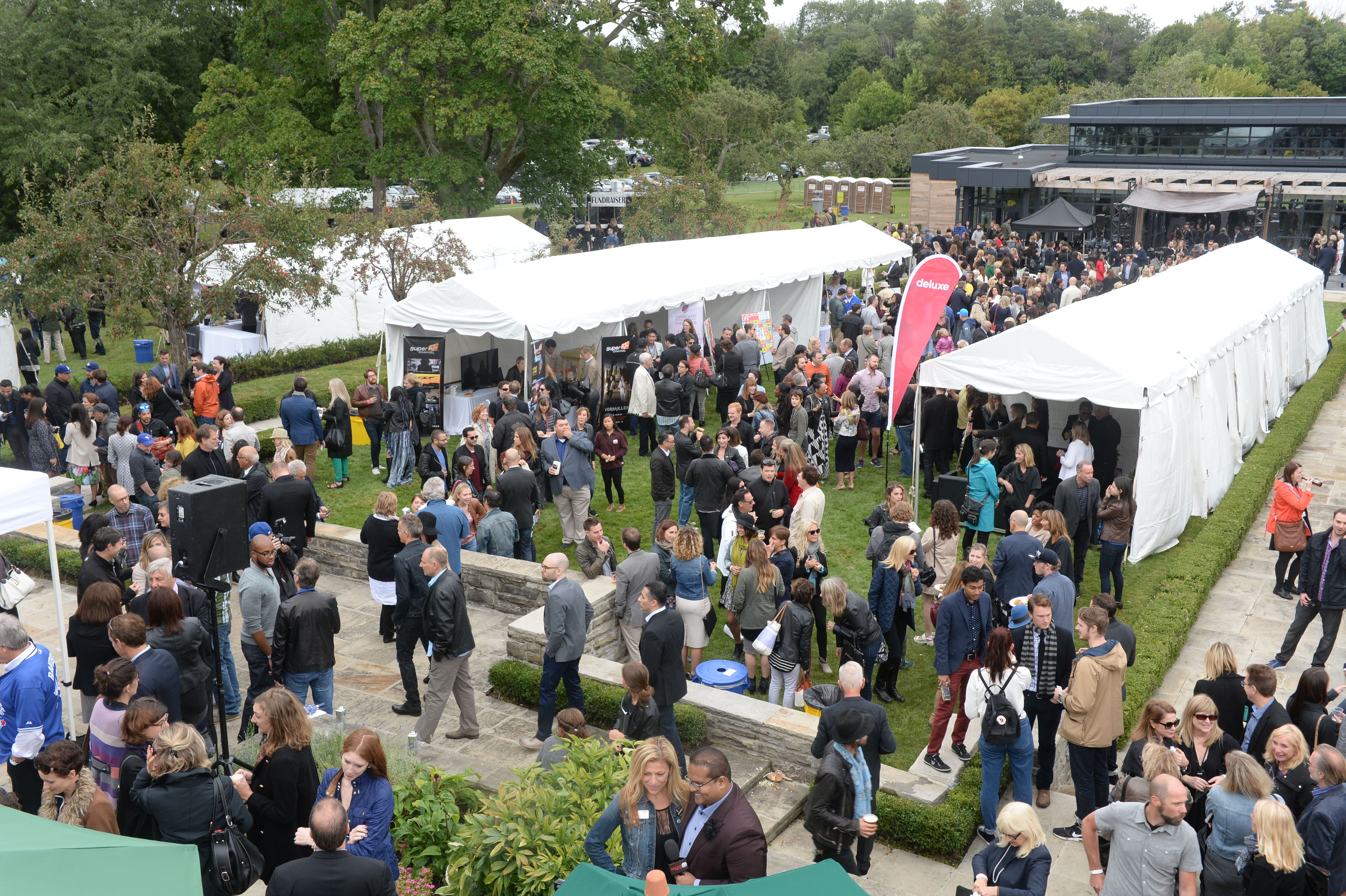 The view from above the CFC Annual BBQ Fundraiser. Photo: Tom Sandler Photography.

On Sunday, September 13, 2015, CFC held its Annual BBQ Fundraiser at Windfields Estate. Although the weather forecast called for umbrellas, nothing could rain on the crowd of creative talent and insiders from the screen-based industry that came out to support the event, now in its 27th year.

In addition to the aforementioned guests, the CFC Annual BBQ Fundraiser also welcomed several speakers, including Christina Jennings, Chair, CFC Board of Directors; Honourable Michael Coteau, Minster of Tourism, Culture and Sport; and John Morayniss, Chief Executive Officer, Entertainment One Television. Morayniss was on hand for a special announcement, revealing to guests and media that the CFC is partnering with Entertainment One on a new program, the CFC/Entertainment One TV Adaptation Lab.

Following a few words from Morayniss, Jewison took to the podium to speak about the CFC’s recent initiatives, as well as this event and its guests and supporters.

“I just want to thank everyone for braving this cold, cold day to come out here and support Canadian creativity,” he said. “Because this is a film town and this is a place where it all starts. This is where talent is schooled and encouraged and supported, and that’s what this place is about.”

Jewison went on to recall the first ever CFC BBQ, during which Whoopi Goldberg ended up getting lost, and Robert DeNiro “wouldn’t stay away from the bull.” As he said, that event “was an unbelievable beginning, but every year [the CFC BBQ] has grown.” 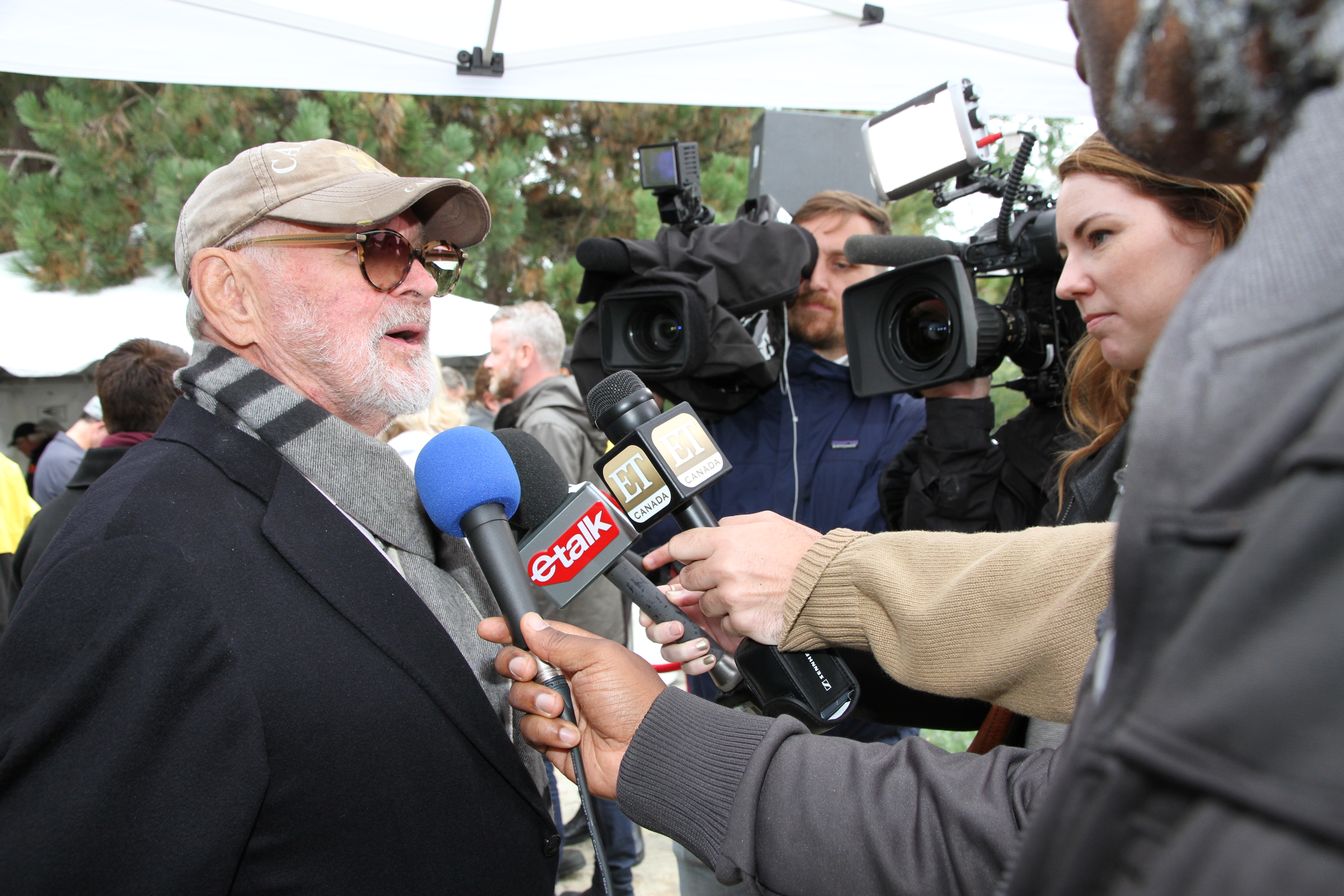 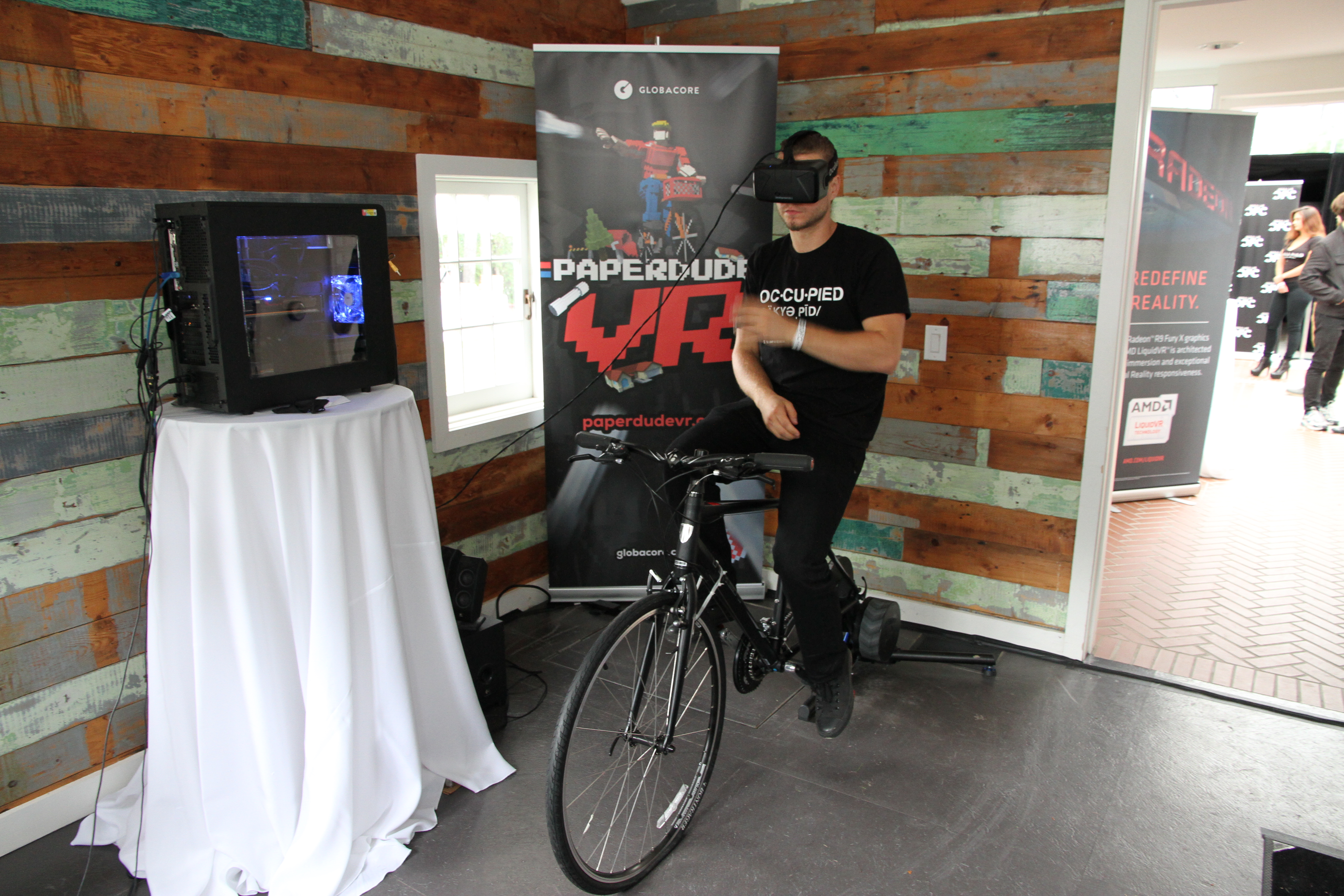 Thank you to everyone who attended and supported the 2015 CFC Annual BBQ Fundraiser.