The CFC is currently seeking nominations for the next Slaight Music Residency, a creative and business initiative for Canadian composers and songwriters. Over the past several weeks, we have highlighted some Slaight Music Residency alumni through featured Q&As, during which we discussed their past, present and future work in the screen-based entertainment industry.

Our final 2018 Slaight Music Residency Spotlight focuses on Aimee Bessada, an alumna of the 2016 Slaight Music Residency. You may have heard her work on How to Buy a Baby, a CBC Comedy webseries that features a number of other CFC alumni in major roles (including Cineplex Entertainment Film Program alumnae Lauren Corber, Matt Code, Molly McGlynn and Jeremy Schaulin-Rioux).

What were your biggest takeaways from your time in the Slaight Music Residency?

My biggest takeaway from the Slaight Music Residency would have to be the access to the CFC community itself.

During the year of my residency, I met directors, writers, producers and editors, both emerging and established. Some of these connections have led directly to work since I’ve completed the program, and I’m certain there will be a great deal more [opportunities] throughout the future of my career.

What initially attracted you to creating original music for film and television?

My initial attraction towards writing [music] for film began with a friend who directed a short film that needed score and an original song. At the time, I’d mostly written music for myself as a performing artist. But after that project and a few more that followed, I realized the special challenge and incredible satisfaction that came with creating music for picture.

I always had a deep love of film music, but it hadn’t occurred to me to pursue it professionally. It’s become one of the most creative outlets for music I’ve found, as each project varies and I’m essentially starting from scratch each time. And I love the collaborative aspect: working with the director/creator to achieve something they desired but probably couldn’t express themselves. It feels integral and exciting. 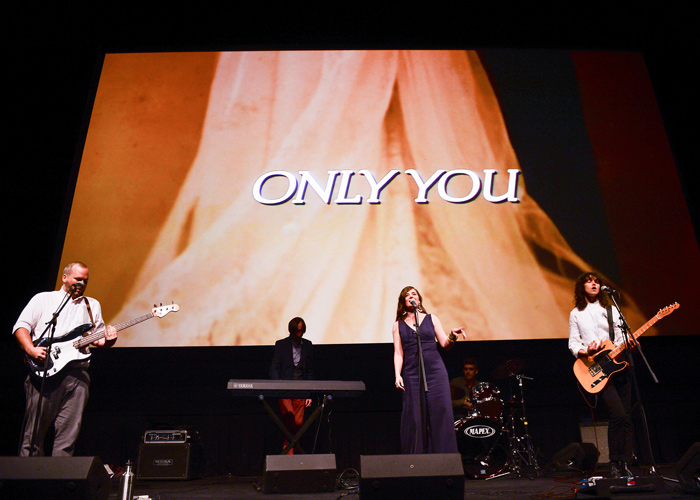 Aimee and her fellow residents perform at the 2016 Slaight Music Residency Showcase.

Which CFC alumni (from the Slaight Music Residency or otherwise) have you collaborated with since completing the program?

Since completing the program, I have kept in close contact with the other residents from my year. Together we’ve collaborated on a short film anthology that involves too many former CFC alumni to count (it spans all the programs—producers, directors, writers, actors and editors). We also consult each other from time to time on our individual projects.

Independently, I’ve worked with producer alum Lauren Corber and director alum Molly McGlynn on the CBC Comedy webseries How To Buy A Baby, which has just been greenlit for a second season!

Additionally, Rebecca Everett has lent her voice to some of my songs; Neil Haverty, Chris Reineck and I are slowly but surely putting together our dark country/folk outfit; and Spencer Creaghan and I have both been assisting CFC composer chair Lesley Barber.

What advice do you have for aspiring composers?

This is a tough one because I feel like everyone’s path is truly so individual—I know mine has been. But I can say this: if there’s anything I’ve learned about composing for film, TV, webseries, commercials, it’s to try to be selective about the projects you work on, if you can. At least try to make sure each project has something in it for you—something that steps up your game creatively, puts you in touch with some new and exciting creators, or, at the very least, pays your way for a few more months while you figure out the next great project to work on.

There’s A LOT of people at home, in sound houses and in studios with the ability to write music and put it to picture. It’s not really an exaggeration to say anybody can do it (at least the basics). That’s why I think nothing matters more than your taste, in both the music you create as well as the projects you take on.

Of course, not everything that comes your way is going to be a killer indie feature or a perfect webseries. But I think you should be able to say that whatever it is, it adds to your brand.

Want to nominate a creator for the Slaight Music Residency? Here’s how.

Please note that nominations must be submitted by March 30, 2018.