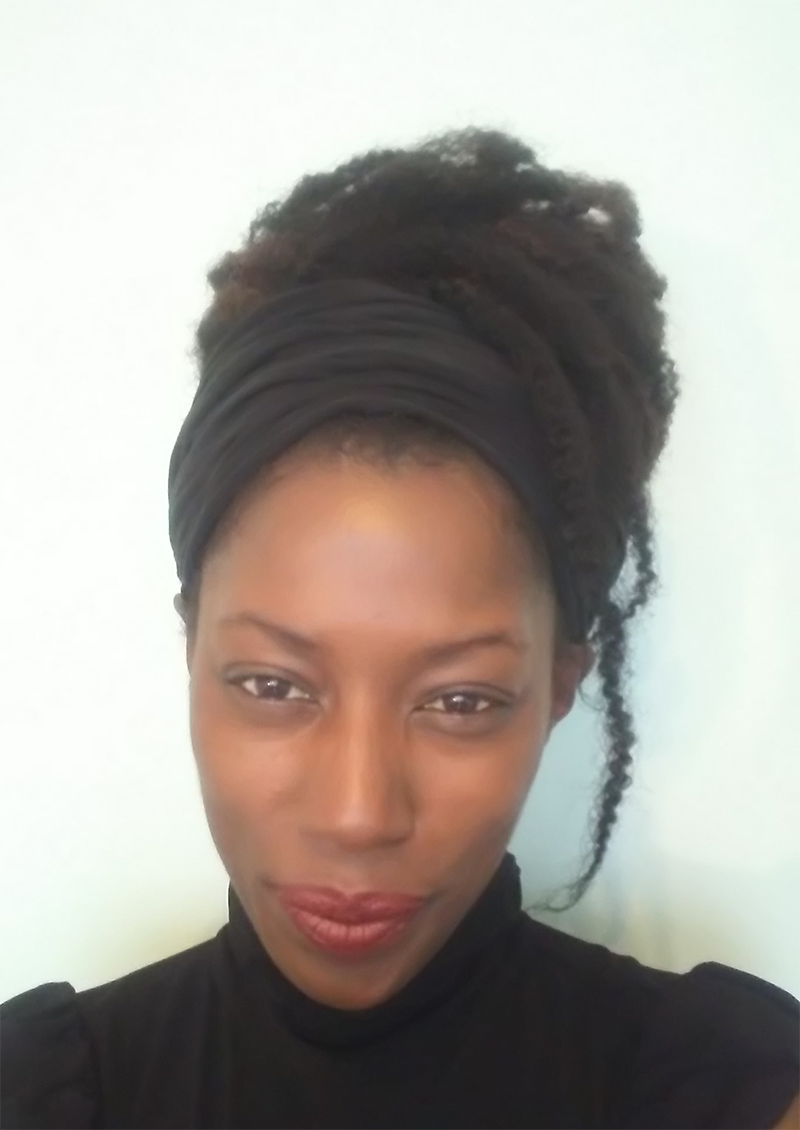 Growing up in Scarborough, Ontario, Orla Garriques didn’t plaster her walls with pop stars. Instead, she collected advertising designs, which set the stage for a later career in digital media marketing and content production.

Garriques completed the TELUS Interactive Art and Entertainment Program (TELUS IAEP) at the Canadian Film Centre’s Media Lab (CFC Media Lab) in 2010. Here, she was a prototype co-creator of DruMeBa, a multimodal drumming experience created in collaboration with children with autism. Her connection with the CFC Media Lab continued when she took on the role of project manager with the ASTOUND Initiative — a partnership between the CFC, Hot Docs and OCADU, which aimed to create investment and business development solutions for creative content producers.

After working in arts and entertainment on both production and marketing, Garriques now is Inner City Films’ digital marketing manager for the 2018 film, Love Jacked. She joined us to describe her career path, experience with the CFC, the upside of working in the arts, and what advice she’d give her younger self.

How did you get started in your creative work?

I don’t think there was one clear moment when I could say, “That’s when it started.” It was more of a culmination of things that began with my childhood curiosities. I was social, and active in sports and music, but what I really loved was collecting, designing and building. I collected performance catalogues from school field trips, advertisement posters (not pop star posters!) and I cut out magazine layouts and fonts. I would rearrange my mom’s artwork and furniture, including hiding the pieces I hated.

Around age 11 or 12, I took to calling companies with ideas for new products and sharing creative suggestions. I remember calling up Canada Dry to convince them to consider a new Sorrel Ginger Ale drink for Christmas. Sorrel is a Jamaican beverage served during the holidays, and my mom put ginger ale in it. One day a lightbulb went off and I thought, “This needs to be mass produced.” Another time I called up a local newspaper to suggest a better font, as their use of lower-case and their colour choices didn’t come across to me as serious news. Odd hobbies for a little Black girl who came to Scarborough from Jamaica at five, and my mother didn’t really know what to make of me. Some people know right away what they want to do, but when I was growing up, there were no digital media marketing content producers. It took me a while to figure it out.

What are you are most proud of in your work?

I am most proud of the people with whom I work and collaborate, and the unexpected places those projects have gone.

My work for CFC alumnus Alfons Adetuyi at Inner City Films (ICF), on rebranding and self-distributing ICF’s catalogue, cemented the importance of international markets and ROI. The freedom to develop the company brand, their individual productions’ promotional materials, and then to introduce web and digital elements – it all allowed me to dig in to content branding and marketing. I am proud that we sold to more than 20 countries while I was there, with a product that regained its presence in the market to sell for top dollar.

I’m also proud to have worked with Mary Darling and Clark Donnelly at West Wind Pictures developing digital media and live audience experiences for Little Mosque On the Prairie fans. Leading up to season four, on every Friday for six weeks, I had the pleasure of contacting the Little Mosque Facebook quiz winner to confirm their prize. Also, working with Marva Ollivierre, Scott Boyd and Maya Bankovic on the MADE IN CANADA (MIC) documentary, we explored up close the shifting landscape facing workers in the Canadian film and television industry. We captured more than 200 interviews of industry professionals who offered great insight and advice. What I am proud of there is that the documentary evolved into an internship program that runs during the Toronto International Film Festival (TIFF) to assist youth breaking into the industry.

Then there’s DruMeBa, which was a customizable drumming experience created in collaboration with children with autism. CFC alumni Conor Holler, Dee Balkissoon and Cathy Chen and I developed the project at CFC Media Lab as part of the 2010 TELUS Interactive Art and Entertainment Program, and then further built it at MaRS Educational Cluster, the University of Toronto and the Geneva Centre for Autism. Although we couldn’t get it to market, I’m proud that we created it with the children it was designed to serve.

Finally, there’s ASTOUND, an industry-wide initiative led by the CFC Media Lab in partnership with Hot Docs and OCADU to encourage private investment in the creative industries. As the initiative’s project manager, I found it incredible to work with Ana Serrano, who spearheaded the project, and the committee of Suzanne Stein, Elizabeth Radshaw, Chloe Sosa-Sims, Charles Officer, Ann Marie Maduri, Eric Blais, Warren Coughlin and Aaron Williamson. I am most proud that we took this initiative further, with Tina-Louise Smith and the South African Documentary Association, to design a similar program for South African content producers and customized curriculum to continue the knowledge exchange.

What do you like best about working in the arts and media?

I get to create something practically every day. That can take many forms and bring together talent and expertise from many industries. For example, I work with filmmakers, doctors, engineers, teachers, curators, graphic designers and digital media content producers around the world. One day I’m creating a workshop for filmmakers in South Africa, the next I’m designing material for a film to go to market. One month I’m building a digital archive, the next I’m developing live audience engagement experiences.

What has stayed with you from your time with the CFC?

I had a broad CFC experience first as a resident and then an alumna of the CFC Media Lab. It’s where I discovered my creative voice, along with the freedom to experiment, create and play, all while understanding the methodology behind it. Then there’s my work with ASTOUND, which allowed me to contribute back to the CFC and creative community at large. What I learned and developed there informs my work today. It’s where I made the shift from traditional to digital marketing and storytelling, and gained a great network of friends and colleagues. Today, the CFC feels like home, and a very nice one, too.

What are you working on these days? Any interesting projects on the horizon to share?

My passion for collecting has matured and evolved into collecting African-Canadian art, including a comprehensive collection of Black film and video. Currently, I am working with Marva Ollivierre on a digital archive dedicated to preserving and publishing the artistic, historical and cultural contributions of Black artists to the Canadian mosaic.

What advice would you give your younger self starting out in the industry?

Some of the greatest experiences and opportunities will come from challenges and unexpected encounters. Be authentic, fearless in your pursuits, and open to the possibilities around you. Enjoy the work, embrace the challenges and celebrate your successes. 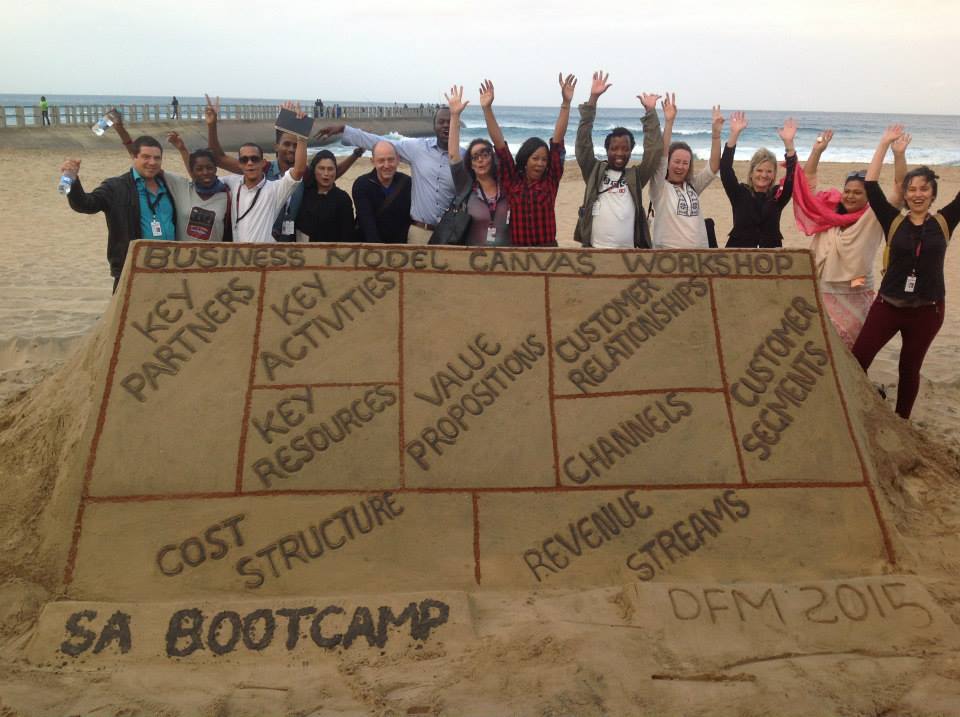 This interview has been edited and condensed for clarity.