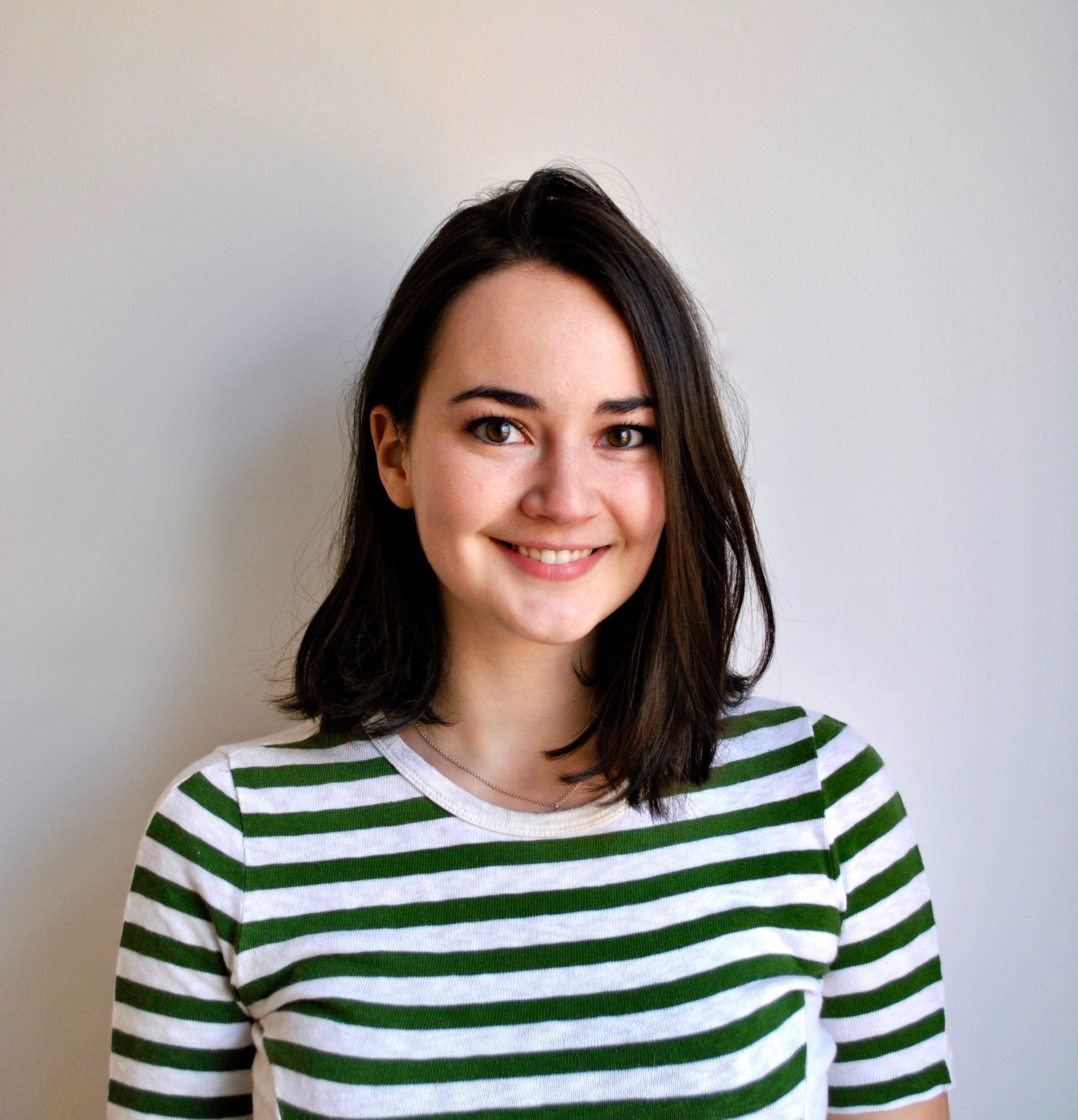 Sophie Howe is the founder and CEO of Xesto, an agnostic machine learning (ML) platform for developers that can transform ordinary apps and programs into touchless, interactive experiences in minutes. In a lively discussion, she shared some of her experiences as a young female CEO on the cutting edge of technology, and her insight into the huge technological jump she sees ahead.

Q: Have you always been interested in new technologies?

I wanted to solve that. He and I decided it was a necessary problem to solve, but such a niche thing. The Microsoft Kinect was a difficult hardware to build software for, so he and I decided that we would go into the space and explore it more.

The Oculus had just been acquired by Facebook at that point, so things were moving. There were all these markers that there was going to be a big shift in technology in the next few years. So we just kept going and exploring, and I fell in love with tech and emerging tech. The way that we could change it would have a big effect on human-computer interaction in the future. So now I’m involved in so many different verticals and it’s really exciting. I’m not predicting the future, but I’m seeing the future be built. It’s such a massively unique experience that I get to have.

Q: What were you studying before making that leap?

A. Finance and economics. So I’m used to looking at something and analyzing everything – a handy transferable skill. Now I get to see all the moving pieces and refer back to things I’ve thought and seen over the years – and I’m able to put it together really quickly.

Q: How is Xesto different from other tech startups?

A: As a startup, we’re all really young and excited to be building something fundamentally cool. Everybody on the team has a different area of interest, and it all converges in such a fluid way on what we’re building. We operate across many verticals. We’re a gesture recognition company, we’re a machine learning company, and because of that, we’re also an AI company. We operate in the mixed reality (MR) space, we operate in regular reality, we operate in the autonomous vehicle space, manufacturing… we are essentially going to be in every industry, ideally. Every industry is going to require interaction with technology, and that in itself we’re hoping to change. We have such excitement for pushing forward, for the future.

Then, as a mixed reality startup, we’re unique in that we’re building a tool for other people to build really interesting things. It’s one of those critical foundation blocks that we think has the opportunity to change an emerging industry. After all, why would a brand new industry require old, archaic kinds of interfaces? Like in virtual reality: why would you use a controller? The controller has been around for the last 20 years. It removes you from a digital experience in a digital world, keeping you stuck in this one physical world and adapting to their interfaces, when it should just be a fluid experience. You shouldn’t have to have that kind of learning curve before you enter a different realm – the digital realm – altogether. So we’re very cross-compatible, across basically everything. 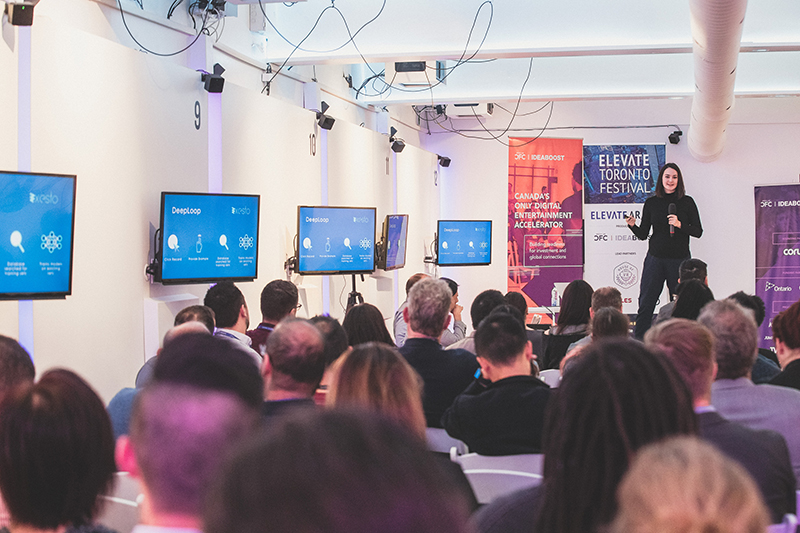 Q: Do you see this as technology that will end up in the hands of the first-time consumer, or is it being built for people who already know what they’re doing?

A: Oh, we want to have this tool reach of everyone. That’s what’s exciting about building a tool for the creators. We’re not just giving them a tool to make other things and then it’s lost. We’re giving them a whole new way to build out interactions. It would essentially be the software to power what you see in science fiction movies. It drives all of my friends crazy. I’ll see something [say, in a movie] and I’ll be like, “Ha-ha! My technology is going to make that!” It can be done through us. That’s what I’m always looking for in the movies, how can we bring that parallel into reality? It’s no longer the future. It’s no longer fiction. It’s just science. Companies like Google – I don’t know if they necessarily sit around watching science fiction movies – but they take those concepts and bring them into reality. This approach should not be limited to just Google.

Q: So without Google’s kind of money, how do you make that work?

A: That’s something that I’m curious about, from an understanding-a-marketplace perspective: what is the disparity of investment? What is the distribution between large companies, emerging spaces and small startups? If the small startups were to get more money through investors, then where could they have been? Investors are always “new market shy”; they don’t want to gamble on something when they have no idea what’s going to happen. Whereas a company like Google, they need to spend tens of millions of dollars just to lower their taxes.

Q: What would you say you’ve gained through your association with the CFC and IDEABOOST?

A: I definitely found a community in Toronto. I think that’s one of the most important things in having a startup and building a company, being able to tap into communities and share experiences with other people. I really do find that the CFC offers essentially a “melting pot” with different kinds of companies that operate in the same space, that can all get together and speak, and meet, and make friends and share the war stories. I really appreciate that about the CFC.

They also have really interesting events, and they’re everywhere. They’ll bring a couple of startups along each time. They showcase new companies to new people at every event, so it creates exposure for everyone. It’s been a great experience.

Q: Would you say you’ve faced any specific challenges as a woman working in tech?

A: Well, I have an added challenge – which is something that’s a blessing and a curse – of not being technical. So I find that that’s both good and bad, because often there’s this higher expectation of women – especially young women – that we know both everything and nothing at the same time. If I’m at an event, even just with a male friend, most people I talk to are more inclined to ask my male friend details about my company. It’s implicit. Nobody intends to be condescending or rude, but I notice things like that very often.

Q: Wow. So in light of that depressing revelation, what advice do you have for other young women looking to enter the field?

A: First, you should never wait. I’m not a risk-averse person, and I know that most women – when starting companies – are statistically more risk-averse than men. I’ve always thought of it as, “Why the hell not me?” Yes, women can be the best. Why shouldn’t Xesto be the best? We should achieve all the success, get all the money possible. We deserve it just as much as – if not more than – other companies being founded. You need to have the attitude that you are the best in the field. Because if you don’t think you are, why would anybody else? I believe it was Henry Ford who said, “Whether you think you can or whether you think you can’t, you’re right.” If you think that you can’t, you won’t. Why should anybody else think you can? But if you think you can, that’ll be enough to push you to do something. Don’t doubt yourself. You just have to do it, and honestly, truly believe that you are the person to do it. 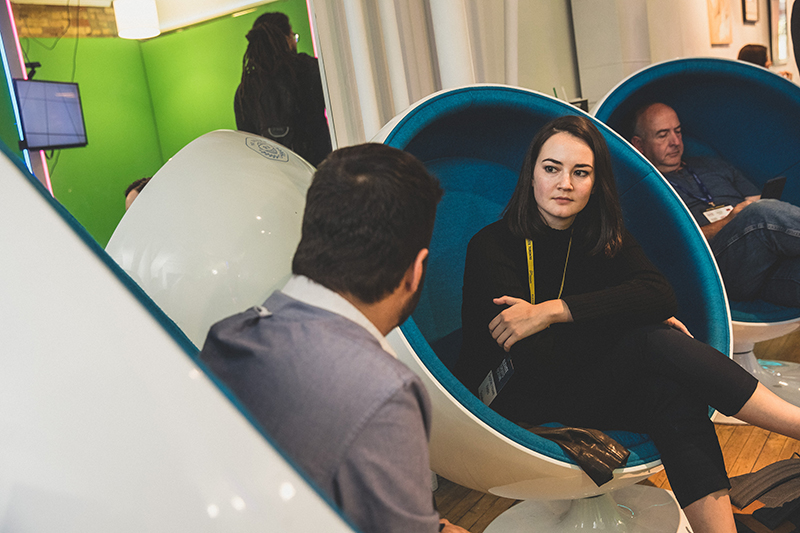 Q: What has Xesto achieved so far that makes you the most proud?

A: Building out a prototype for the iPhone X is something that I’m extremely proud of with the team. That was the first time we started creating something that was absolutely, fundamentally new. We were really going from the ground up, and building all the components that are required. Before that, we were using input from another device. In an ideal world, all these devices would have hand tracking native to them. But they’re not all supporting some of the components we need – so we’ve built it all. That’s difficult, it’s not an easy thing. It’s not something we really considered in starting out, that we’d build out gesture recognition for everything. So building out for a new platform is going to have a huge potential consumer effect. That was the most exciting thing we’ve done and it was fabulous.

Q: You really are working on the “cutting edge” of technology at this point. Where do you think we’ll be in 10 years?

A: The technology we’re going to see in the next 10 years is going to represent a much larger jump than the jump from the technology that existed 10 years ago to now. I think that people are both over-anticipating and under-expecting the impacts of technologies like artificial intelligence, that really just make computers so much more efficient. I don’t see any robot apocalypse happening (laughs). I do see a lot of processes becoming completely automated and in doing that, everything is going to become so much more efficient. I think we’ll have the core technologies that will support technologies, like the internet, just regular computers – they’re all going to operate at such a rapid speed. Information is going to be ubiquitous. Augmented reality and virtual reality are going to converge, so it will all be just a “mixed reality” world, where interactions are more implicit than explicit with this technology. You won’t even be registering that you’re using [technology] as you’re using it. Autonomous vehicles are also going to be around. I think it’s going to change incrementally, but it will ultimately be a huge jump.

This article has been condensed and edited for publication.

"We started to think about joining accelerators to expand our network and get business advice. IDEABOOST was first on our list."