Meet the Creators of Venice-bound VR 'Made This Way: Redefining Masculinity,' Irem Harnak and Elli Raynai 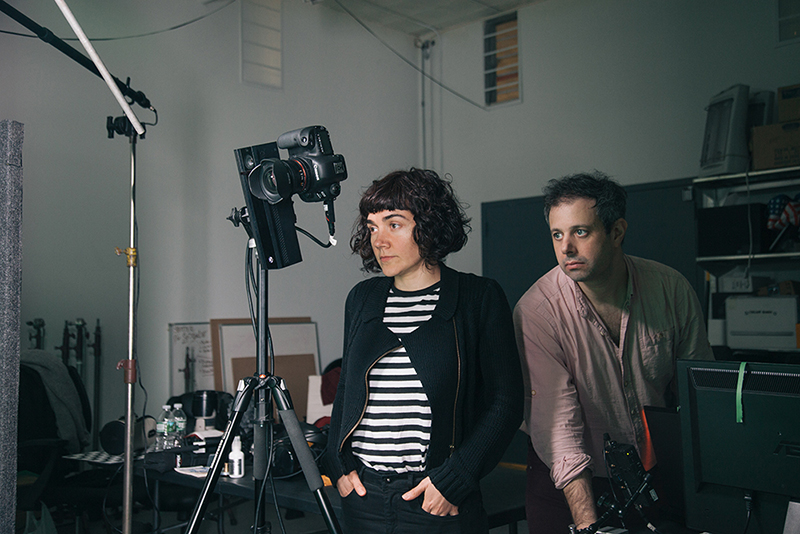 On their 25 th anniversary earlier this year, the Hot Docs Canadian International Festival of Documentary Film in Toronto screened its DocX series, which celebrated documentary work outside of traditional formats. The Canadian Film Centre’s Media Lab (CFC Media Lab) was proud to have its latest VR experience, Made This Way: Redefining Masculinity, screen as a part of that series.

Made This Way, a co-production of CFC Media Lab and Cinehackers by Irem Harnak and Elli Raynai, with additional support from DepthKit and the National Film Board of Canada (NFB), is both a photographic installation and 18-minute pair of VR testimonials, one of a transgender man, Elijah Miley, and another of a non-binary subject, Devyn Farries. Their pairing offers a powerful challenge to conceptions of both traditional and queer masculinities, and as VR, allows audiences to viscerally experience a more fluid masculinity. Elijah is a charismatic gay transman from Toronto, a performer and dancer open about his unconventional masculinity. He talks about his journey to become who he is despite society’s perceptions, and against all odds. Devyn is a nonbinary artist based in New York City, building an existence outside of the male-female gender binary. Using the pronoun “they,” Devyn takes a more directly political approach to gender roles and reflects on their own life experiences in the graphic novels they create. Together, their testimony offers an antidote to struggle, adding the presence and vitality of joy in identifying and living as a queer, transgender and/or non-binary subject today.

Originally from Istanbul, director Irem Harnak is a visual artist, cinematographer and fashion/portrait photographer. Her work has been in Marie Claire China, ADON, Superior, Boys by Girls, Flare, Fashion, Design Scene, Fiasco Magazine and more. Writer, producer, director and VR filmmaker Elli Raynai formed the production company, Cinehackers, in early 2015 to make interactive, storytelling-driven VR like I Am You (the official selection of the 2016 Kaleidoscope VR World Tour), The Key, Circuit Rider and now Made This Way, which explore volumetric capture techniques.

Harnak and Raynai spoke about their collaboration on this production, and the larger conversation about masculinity evolving out of #metoo and a growing transgender presence in popular representation.

Made This Way began in 2016 as Harnak’s photographic portrait series of transgender men. As she built closer ties to them, they invited her into their communities and support group. Upon hearing their stories, Harnak and Raynai decided to collaborate on a VR experience. Harnak added that they felt VR “would be a powerful medium to bring people into these men’s worlds, and to bring people closer to someone they otherwise might not hear from."

Initially, Harnak was unsure about VR, but after seeing high-quality experiences at the Tribeca Film Festival, she recognized its value of enhancing empathy in the viewer. “During our sessions, we would have conversations about masculinity. I grew up in a patriarchal society and couldn’t fit in. I always wanted to be a man, in part, because for me, being a man was freedom."

Raynai sensed Harnak’s connection with the men. “What I found compelling about the project is that she comes from fashion. She was feeling burnt out by shooting beautiful people, but she photographed these men in such a loving way. There was a real connection between the subjects and herself."

On Working with CFC Media Lab

Harnak and Raynai first made the prototype for Made This Way in Summer 2017. They got the green light from Ana Serrano of the CFC Media Lab to refine the production last February – a short timeframe, so she zeroed in on the theme of redefining masculinity. DepthKit also came on board as a partner, with technology that enabled them to volumetrically capture the subject with technical polish they otherwise could not have accessed. 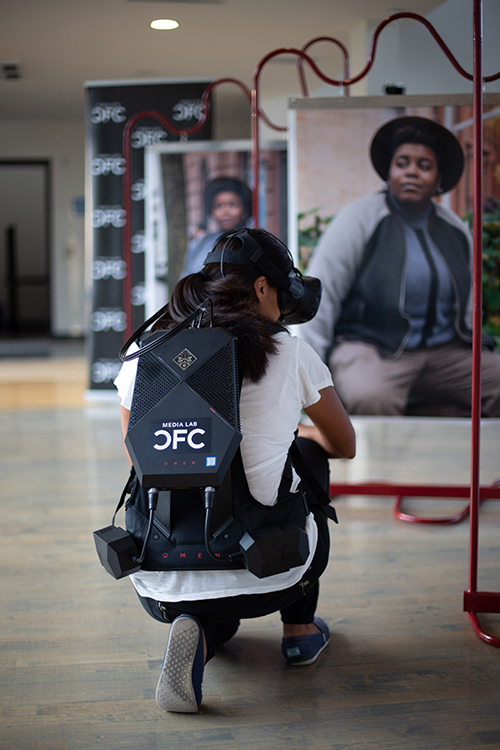 Raynai described his initial meeting with Serrano. “I’d been doing VR for the past four years and she knew me and my work. So it was just a matter of time of presenting her with a concept she was passionate about.” For both Raynai and Harnak, CFC Media Lab’s support has been “amazing.” Raynai added, “We couldn’t have done the project without their support. They really got behind it in a big way, seeing it as an important subject to back. They’ve helped us with everything from bouncing off ideas creatively to logistics. We feel very lucky to be working with them."

Made This Way presents a fresh, new take on masculinity. Despite the growing visibility of transgender women in award-winning films or TV series like A Fantastic Woman and Orange is the New Black, transgender men’s stories tend to be less visible.

The documentary introduces two stances toward transgender and non-binary masculinities. “These two subjects,” Raynai said, “are so different in terms of their openness and pride. One is more expressive and very confident, while the other is confident in a quieter way, with a completely different perspective.” He adds, “When I started this project, I wasn’t aware of how a lot of the men described the shame and hell they were going through, not pride."

Both creators hope Made This Way will spark further conversations on masculinity, which may lead to future testimonials. This “passion project” of Harnak’s was one both filmmakers found “liberating and enriching,” because of the people they met and how much they learned and shared.


"They are revolutionaries changing the discourse. In 'Made This Way' I want people to see how close they are to these individuals, perhaps even experiencing similar thoughts across genders."

Hot Docs and Venice as film festivals offer two distinct and distinctly ideal settings for engaging with audiences. Hot Docs’ strong reputation in the documentary community, meant, as Raynai notes, they “were really supportive of a range of different stories, with more than 200 stories submitted. It’s a passionate festival and we felt very lucky to be a part of it."

Venice’s prestige is irrefutable, and both Raynai and Harnak are excited that Made This Way will screen in competition. As Harnak notes, “It is a great honor and an amazing feeling to be selected by the Venice Film Festival. We are extremely proud to be recognized by such a high art institution.” Raynai adds, “We have been working on this project for over a year now, and I’m so proud to see how far we’ve come. Getting selected by Venice shows that we are making work that resonates with people, and that’s the best feeling in the world." To conclude, each shared some inspiration for young producers just getting started in VR:

Irem Harnak: “Passion, persistence, patience. Because it’s so hard, you have to keep pushing and making. I love creating and always want to be in the field. So believe in yourself. Keep going. It’s always going to be up and down and feel hard. You just have to keep doing it. The courage of doing it is huge.”

Elli Raynai: “If you want to make something, don’t wait. Make what you want in the way you want to make it. Don’t worry about how good it is. I love making films, I love making VR projects, I love making. The right person won’t say, ‘Oh, this doesn’t look polished.’ They’ll say, ‘I love this idea. I love where you’re going with it.’ If we waited, then the right person will go away and find another project they’re interested in.” Also, be proud of what you make, no matter how they turn out. That’s what keeps you going. People get caught up in success, but for us it’s a success that we did it.”