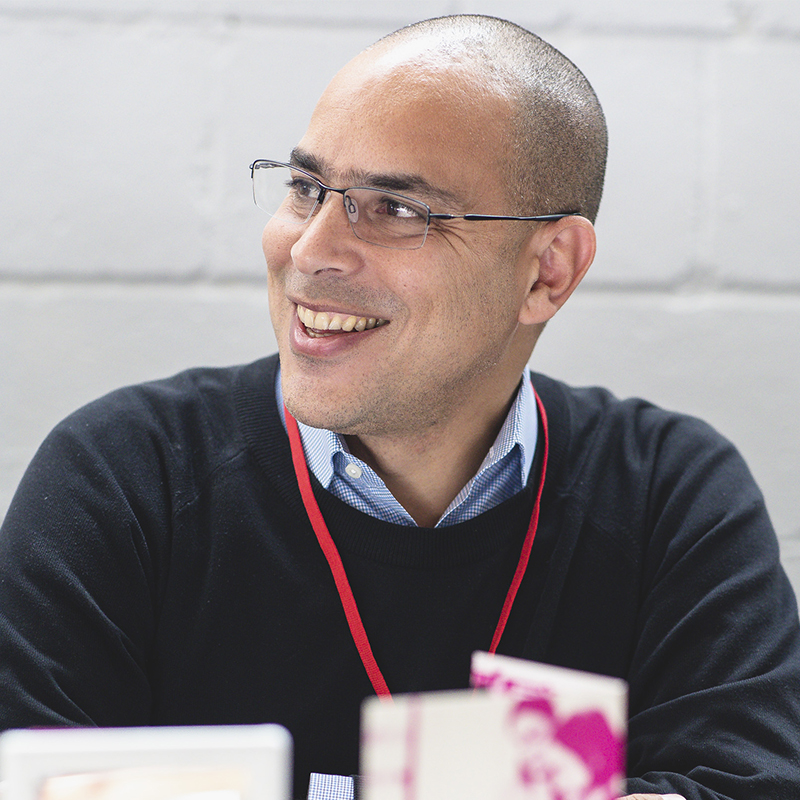 Paul Greenberg is the co-founder and CEO of Creatubbles, a safe global online community for creators and artists of all ages. In a recent conversation, he shared his excitement over the expanding opportunities for creativity in the online space, as well as his commitment to ensuring safety and privacy for users of this platform.

Q: Anyone with children will hear about your company and immediately recognize the genius of this idea. Was it your own experience as a parent that inspired Creatubbles?

A: Yes, it was actually a few things, all of which intersect with me being a parent. The first obvious one is creativity, and I wouldn’t say strictly just art, but creation of all types. As a parent, you look at any child, and the younger they are, the stronger that natural creative spirit is. So I wanted to stimulate and support that, first and foremost, for my own children – but also for others around the world. That’s one big thread.

Another aspect is that prior to Creatubbles, I was working in the online space in various capacities for a number of years. I’ve been really aware of – and frankly, concerned about – the general direction of the online space, privacy and security. In a way, I was anticipating things like Cambridge Analytica, but that’s just the tip of the iceberg. I was thinking ahead to my kids eventually becoming online citizens. Given what the online space was becoming, I wanted to see if I could create an alternative, which I would feel comfortable with them participating in. Creatubbles is a safe, social online space for kids to share their creative output.

Q: Has it been well received by schools and educators?

A: Absolutely. There are schools and teachers and other educators who are on the site in different countries. We’ve got people in the U.S., Italy, Japan and other places who are using it with their students.

Q: Are people using the site in ways that you didn’t anticipate?

A: Yeah, there are lots of things – everything from people putting up food that they made as a creative output, to a lot of digital stuff that’s been pretty cool. There are all sorts of digital creativity tools now that people are using, so that content’s coming up, which has been interesting. When I started out, the underlying assumption was that children are unknowing victims of what’s happening to them online. But looking at some of the dialogue that’s happening on the site, I’m surprised at how mature young kids are. There are nine or 10-year-old kids who are explicitly talking about the value of having a safe space and why this is something they really appreciate. They’re very articulate, which shows not just that they’re appreciating this space, but that they understand well and in much greater detail the alternative to which they’re being exposed. 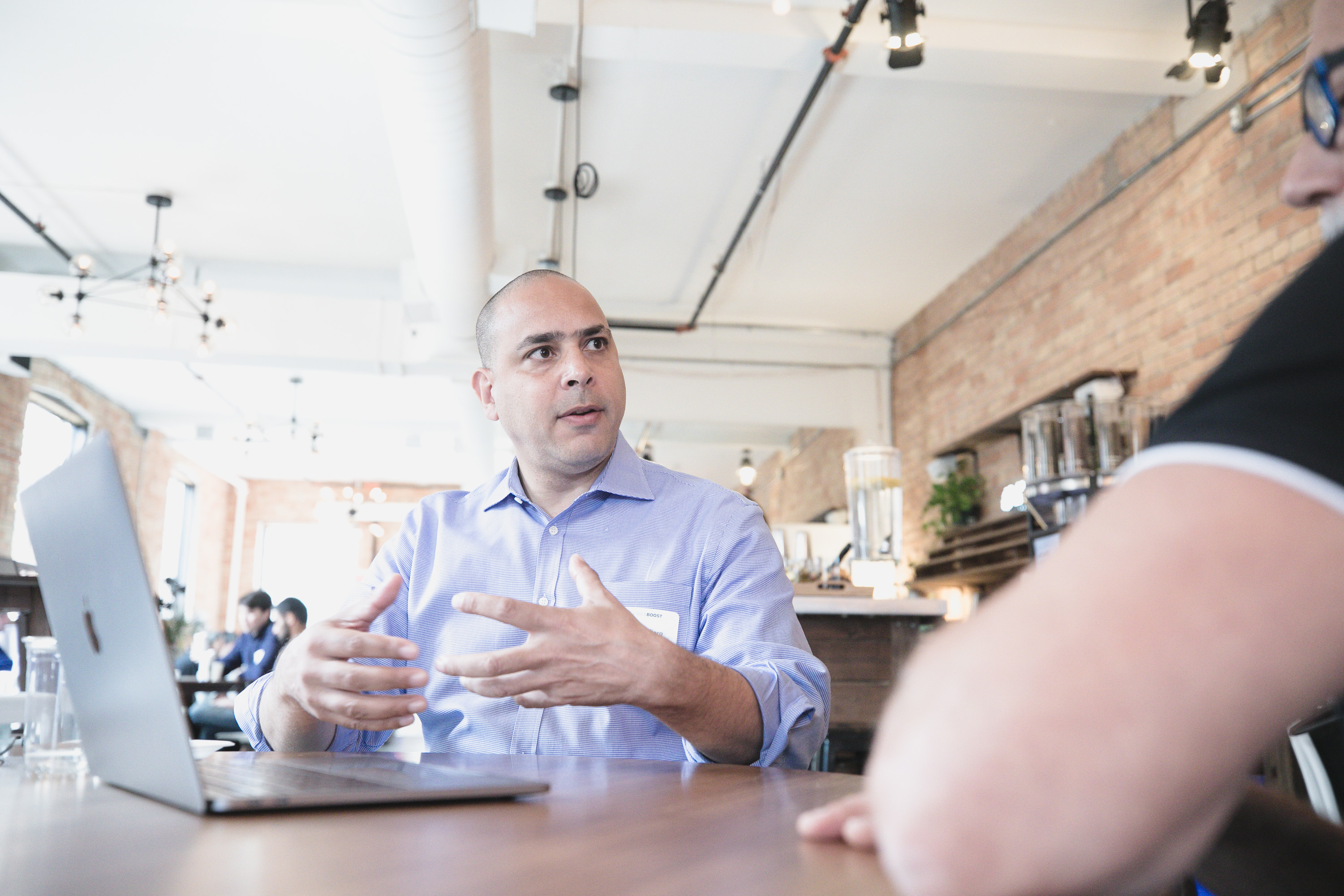 Q: So you’re getting feedback from users that you didn’t really expect. Is that “youth vote,” let’s call it, going to be an influence in how Creatubbles develops? What can we expect to see from the company in the future?

A: Yes, and it already is influencing us, for sure, especially with some of the new stuff we’ve been putting out. We’re looking at their reactions, feedback and perspectives. Creatubbles started out as a place to save, expose and share work, end of story. What we’re now digging into –partly been sparked by our participation in the IDEABOOST Accelerator – is looking into some interesting aspects from the model. From a user standpoint, we’re examining their core motivations and looking at taking techniques, such as gamification, which are typically used to encourage people to do things that aren’t necessarily in their best interest. We want to apply that same thinking to our space, where doing these types of activities actually is in their best interest.

On the other side, we’re building out aspects of the platform to support brands and companies that make authoring tools that kids like to use. We will help create a logical place and way for them to interact. So these brands can get close to this audience, which is notoriously difficult, but at the same time do it in a way that does not exploit the children or audience – thus avoiding advertising or marketing approaches that aren’t really in the best interest of the kids.

Q: While reading up on the company, I learned of – and according to my 10-year-old, would be remiss not to ask about – a Creatubbles Minecraft Mod? How did that come to be?

A: The Minecraft Mod is super cool. Initially we noticed early on that kids were uploading their Minecraft creations. As I’m sure you know, Minecraft is essentially digital Lego. They were putting up their things made in Minecraft. So we looked into it and realized that they were jumping through a lot of hoops to put up their work. I don’t know how familiar everyone is with Minecraft, but to put their creations online, these kids had to be in the game, make whatever they wanted to make, take a screenshot of it, save it on their device, get out of Minecraft, log into Creatubbles, find the file, and then upload it as a creation. So it was a lot of work.

So that’s the first step. That in and of itself, I think, is pretty cool. Then, when we did that, we realized we could actually go the other way, too. So we enabled access to their Creatubbles profile while in Minecraft. So any creation they’ve uploaded to their profile can be imported and placed into the game. Imagine you’ve built a house in Minecraft, and you want to put one of your drawings on the wall. You can do that. Just grab it from your Creatubbles profile and stick it on the wall.

"IDEABOOST has a very small cohort size. Typically four, five, maybe six companies at most are involved simultaneously, which means that you really get an opportunity to get hands-on, focused feedback and mentorship. You also get the opportunity to establish and develop relationships with the other cohort companies."

Q: What’s been your favourite part of the Creatubbles journey to date?

A: It’s hard to pick favourites, but I would say more than anything else, it’s been the opportunities I’ve had to meet users and see the reaction, the look on their face when they have the opportunity to display what they’ve done, and the self-esteem that goes along with that. The excitement of getting inspired, and seeing the creators and creations from around the world, has probably been the most fulfilling part of the whole experience so far.

Q: Let’s talk about your experience with IDEABOOST. What would you say to someone who’s wondering whether it’s a good fit for their company?

A: My experience was fantastic. It’s the only accelerator I’ve been a part of, but I’m aware of how others are structured. IDEABOOST has a very small cohort size. Typically four, five, maybe six companies at most are involved simultaneously, which means that you really get an opportunity to get hands-on, focused feedback and mentorship. You also get the opportunity to establish and develop relationships with the other cohort companies. The experts they brought in were really good. Again, because the cohort size was small, they really put an effort into customizing the types of people they brought in – who were able to talk to us not in a generic sense, but about specific issues that we as companies were dealing with.

Q: How did your career path lead to Creatubbles?

A: Simply stated, in big blocks, I studied Engineering in university, and after I graduated with a masters I worked for the first several years of my career as a management consultant. That was great, and it really exposed me to a lot of different businesses, solving problems and encountering issues. That took me literally around the world, and eventually I ended up in Japan.

While there, I joined the last client that I had, which was Napster – the music distribution service – and was hired to start up and run their Asia operation. So I did that for a couple of years, and then basically had a series of similar regional leadership positions based in Tokyo, for U.S. software companies. I went from Napster to Viacom, the media company, and then had a similar role at an EdTech company. The last one was actually in FinTech, insurance industry software solutions. So all of those, whether it was B2C or B2B, were focused on the technology solution. But in our own platform, I see just how much data is collected – and not necessarily what is done, but what could be done with it. Being aware of that, and knowing what’s happening across the industry and the types of discussions that were happening about data and privacy, made me really aware of how vulnerable and exposed people are, much more than they realize.

Q: Can you share some good advice you’ve received along the way?

A: I’ve received a lot of good advice along the way. One thing that stands out, and it’s a very, very hard thing to do – especially early on – is focus on the most important problem. It sounds like a simple and obvious thing to do, but it takes a lot of discipline. When you’re getting going, and especially in a leadership position as an entrepreneur, it’s so easy to get distracted. Or to get caught up with so-called red herrings, things that just don’t matter in the bigger picture. So the advice would be to have the discipline to not get distracted. To stay focused, despite external pressures and people pushing you in one direction or another, is incredibly difficult. I won’t say that I’ve personally mastered that [laughs], but it’s certainly something I’m aware of as important, and it’s helped me make progress at some points.

Q: What would your 10-year-old self think of what you’re doing now?

A: I think I’d think it’s pretty cool. I think I’d be proud. But I’m sure I’d also have a ton of advice [for myself]. So if I could actually speak to 10-year-old-me, I would love to hear what I had to say. 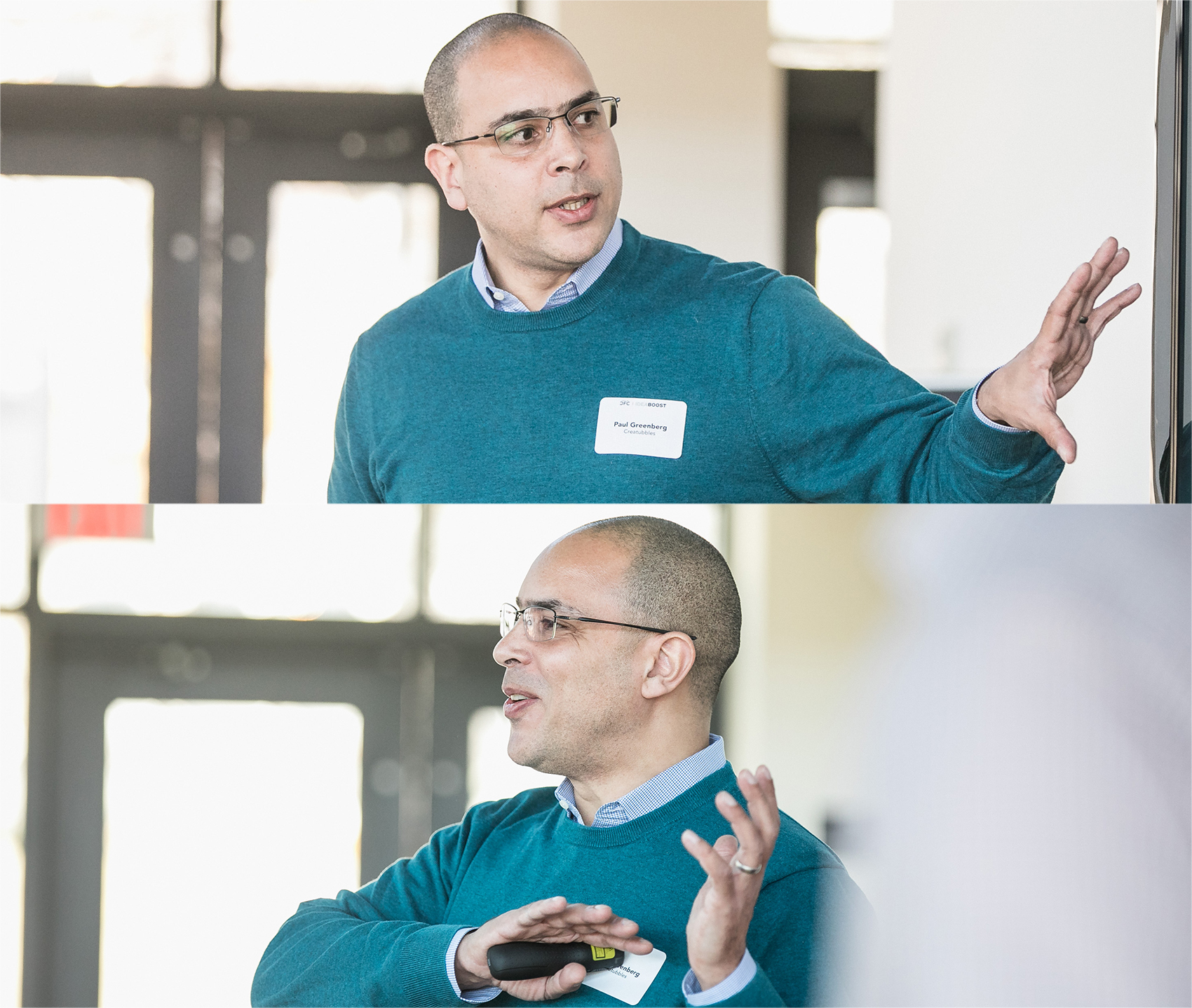 This interview has been edited and condensed for clarity.

Made for Kids: Tech Discovery Day