CFC Talent Onscreen and Behind the Scenes at TIFF 2018

CFC Talent Onscreen and Behind the Scenes at TIFF 2018

An array of CFC alumni and resident projects, pitches and talks makes CFC a vibrant industry presence at the prestigious festival

Toronto, August 22, 2018 – The Canadian Film Centre (CFC) proudly announces an array of CFC alumni and residents who will be participating in the 43rd edition of the Toronto International Film Festival (TIFF), which runs from September 6 to 16 in downtown Toronto. As actors, composers, directors, editors, producers, speakers and writers, their involvement ranges from presenting their films to pitching new projects. These alumni (shown below in bold) represent the breadth and dynamism of contemporary Canadian talent involved in many of the festival’s buzziest projects – a hallmark of the CFC’s role in contributing to the festival over the past 30 years.

Nicholas de Pencier will also be speaking at the TIFF Industry Conference, a six-day event taking place from September 7 to 12, on the Foundations panel on post-production. The Foundations stream is designed for up-and-comers and explores all aspects of the business, from craft to distribution, with tangible tools for creative practitioners.

In the exclusive Short Cuts programme, look for the highly anticipated directorial debut from editor Matthew Hannam, Paseo, a richly textured and eerie short film that traces the journey of an alienated woman visiting Barcelona. Additional kudos go to 2018 Cineplex Entertainment Film Program producer Evren Boisjoli for his work on Fauve; set in a surface mine, two boys sink into a seemingly innocent power game with Mother Nature as the sole observer. And don't miss CBC Actors Conservatory alumna Grace Glowicki in Glitter's Wild Women, a dramedy about sisters who gain strength through (you guessed it) glitter. 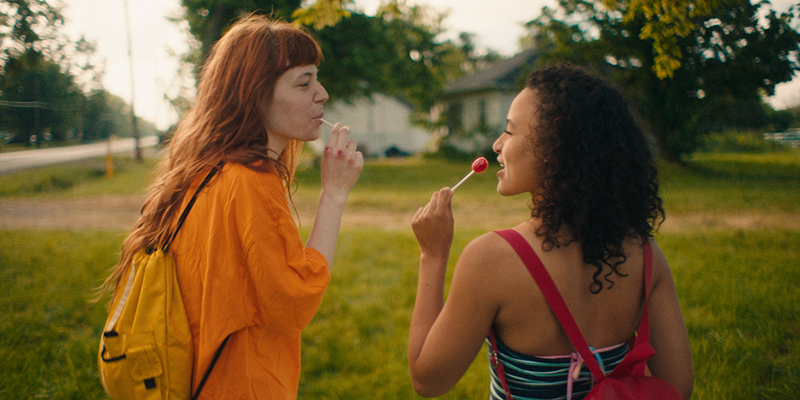 The Discovery series spotlights the future of world cinema and shines with CFC talent in two films. Clara, which Matt Lyon edited and for which Jonathan Kawchuk composed the music, chronicles an obsessive astronomer and his unconventional research partner searching for the existence of life on distant planets. Jasmin Mozaffari’s Firecrackers, which Simone Smith edited, Matt Code and Paul Barkin executive produced and for which Casey MQ composed music, tells the tale of two young women desperate to escape their repressive small town.

CFC’s Andria Spring was a producer of the Midnight Madness’ Assassination Nation, a Salem-set thriller in which four young women are accused of hacking and publishing their community’s private information, launching a proverbial witch hunt with very real consequences. 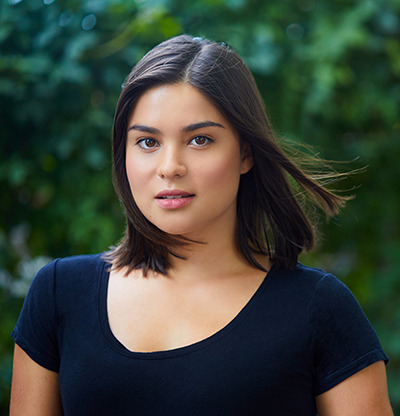 From the 2017 CBC Actors Conservatory, Devery Jacobs is one the four Canadian TIFF Rising Stars, which features the talents and careers of Canada’s most gifted up-and-coming actors. Born in Kahnawà:ke Mohawk territory, Jacobs is an actor and filmmaker who gave an award-winning performance in CFC Features' RHYMES FOR YOUNG GHOULS.

Devery can be seen in TIFF 2018 Gala Presentations selection The Lie, which co-stars Peter Sarsgaard, Mireille Enos and Joey King. Also look for her on upcoming TV shows Cardinal, American Gods and alumni Dennis Heaton and Shelley Eriksen’s The Order.

The 20th edition of Telefilm Canada’s PITCH THIS is a hot-ticket industry event showcasing new voices in Canadian filmmaking. So it’s no surprise to see it well represented by CFC alumni on four of the six selected teams:

Earlier in July, TIFF announced new participants in their Share Her Journey Campaign, which includes several CFC alumnae: two of the campaign’s ambassadors are actor-producer Jennifer Podemski of Moccasin Flats and writer-director Molly McGlynn of Mary Goes Round (a film first developed in our Cineplex Entertainment Film Program’s Writers’ Lab); and writer Nikki Saltz has been named the inaugural Micki Moore Resident for her feature screenplay, Work It.

CFC warmly congratulates all of our alumni participating in this year’s prestigious festival. We will celebrate their achievements in person at the CFC Annual BBQ Fundraiser on September 9, 2018, on the CFC grounds from 12:30 to 3 p.m. CFC Founder and Chair Emeritus Norman Jewison and CFC CEO Slawko Klymkiw will host select Canadian and international onscreen talent as well as film, TV and digital media industry professionals at this popular annual fundraiser, which supports the development of Canada’s content creators and entrepreneurial talent in the screen-based entertainment industries.

See further information on all of these alumni films and events at tiff.net.

About the CFC
The Canadian Film Centre (CFC), celebrating 30 years, is a charitable cultural organization that supports, develops and accelerates the content, careers and companies of Canadian creative and entrepreneurial talent in the screen-based and digital industries. Its uniquely designed programs and initiatives span film, television, screen acting, screen composing and songwriting, and innovative work in the digital media and entertainment technology industries, all of which continue to push boundaries and generate world-class content, products and companies for the global marketplace. cfccreates.com

30 Things You Didn't Know About the CFC