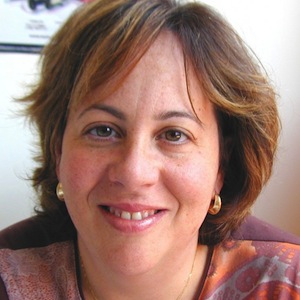 Ina Fichman is president and Executive Producer/Producer at INTUITIVE PICTURES, a Montreal-based company dedicated to producing quality film, television and transmedia productions. She works with some of Canada’s finest creators: writers, directors, “ideas people” in developing projects that are both innovative and have a wide audience appeal. For over twenty five years, Ina has been producing award-winning documentary and fiction films for television and theatrical release. She was one of the producers of the feature film MABUL (THE FLOOD), directed by Guy Nattiv, winner of best feature film at the Haifa Film Festiva and featured at the Berlinale as well as the alternative drama FAMILY MOTEL which screened in theatres in Canada and the US. Her documentary productions include the acclaimed mini-series BLACK COFFEE, the Gemini Award-winning UNDYING LOVE, IDA nominated BEING DOROTHY and PARTLY PRIVATE which was awarded a prize at the TRIBECA Festival. Ina is currently producing the documentary and interactive platform DEAD SEA LVING (ARTE, SRC) as well as the transmedia project T-SHIRT STORIES (Canal D/Bell New Media Fund). INTUITIVE PICTURES is about to commence production on the animated documentary feature THE WANTED 18, HANNAH and Sturla Gunnarsson’s MONSOON. Ina's goal is to develop INTUITIVE PICTURES into a true transmedia company where every project will have multiple components: television, web, apps and events; creating and nurturing active communities around these innovative properties. New initiatives include: THE GHOST TOWN PROJECT, 39: a tablet magazine for women in their 40's; and MONTREAL COFFEE KLATCH: celebrating the art and culture of coffee online and in our city.