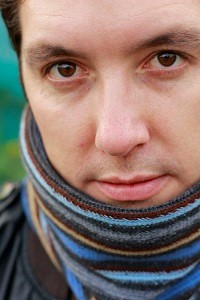 Kevin Lee Burton (Swampy Cree) is an award winning director, programmer and editor. In 2005, his film Meskanahk (My Path) won the Cynthia Lickers-Sage Award for Emerging Talent and in 2007 his experimental film Nikamowin (Song) received the Best Experimental and Best Indigenous Language Production awards at the ImagineNATIVE Film + Media Arts Festival in Toronto. Kevin has also worked with the National Film Board of Canada, creating his short film Writing the Land, which has also garnered awards in the festival circuit. Kevin has worked as program assistant for the Native and Indigenous Initiative at the Sundance Institute in Beverly Hills, California and is an associate programmer for Out On Screen’s IndigeQUEER program in Vancouver. Trained at an all-Aboriginal training Program (Indigenous Independent Digital Filmmaking Program) in North Vancouver, British Columbia, Kevin has been carving a niche in working with his ancestral language, Cree. Kevin is originally from God's Lake Narrows First Nation in Manitoba, Canada. Kevin was listed as one of Canada’s Top 20 Talent at the 2008 Victoria Film Festival Spring Board Program in Victoria, BC.

My greatest goal is to create a fluid connection between "traditional" and technological ideas, so that the word "contemporary" is diminished to the mere segregation that it really is -- then we can start creating from self-expression other than self-definition.