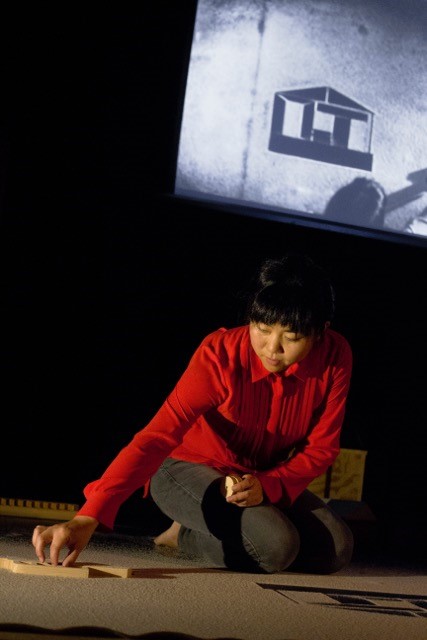 Kimi Maeda is a theatre artist based in Columbia, SC whose intimate visual performances cross disciplines and push boundaries. Her ephemera trilogy is a collection of sand drawing and shadow performances that deal with memory, home, and trans-cultural identity. In 2011 she founded Belle et Bête, a puppet production and promotion company, with artist Lyon Hill. Together they produce the bi-annual Spork in Hand Puppet Slam. They also created Planet Hopping, an intergalactic puppet adventure, as well as Grime and Glory, a multimedia puppet celebration of barbecue pitmasters.

Kimi received her MFA in scenic design from the University of South Carolina, her MA in Scenography from Central Saint Martins College of Art and Design in London, and her BA in studio art from Williams College. She was the recipient of the 2005 Rose Brand Award from the United States Institute of Theatre Technology and her costume design for Polaroid Stories was chosen for display in the 2007 Prague Quadrennial. She has designed sets and costumes in Columbia, Atlanta, Philadelphia, Boston, New York, Baltimore, Norfolk, London, and Sevilla and was a puppeteer for several years for the Columbia Marionette Theatre.