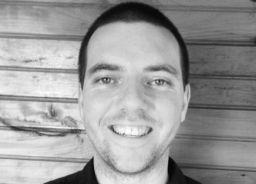 Chris Erhardt is an experienced music producer, as well as CEO and co-founder of Tunedly, an online recording studio, and music publishing solution. He was born in Kassel, Germany, where he learned the piano at an early age. He also grew up partly in the states of Texas and Arkansas where his passion for basketball was reinforced.

Having lived in Ireland, he now calls both Canada and the United States home. His relationship with Canada is one he cherishes, having been a recipient of the Startup Visa through Innovation PEI. He also joined the Canadian Film Centre in Toronto, Ontario.

Through his company, which has gone through US accelerators, Chris has worked with advisors Mathew Knowles in Houston, Texas and Harvey Mason Jr. in Los Angeles, California.

Chris also possesses a flair for the areas of business development, management, sales, and entrepreneurship.