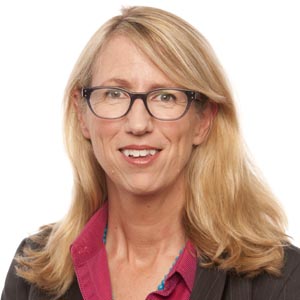 Corrie Coe is Senior Vice-President, Original Programming, for Bell Media’s English-language properties, overseeing development and independent production. With a cross-channel and company-wide focus, she is responsible for the overall development and execution of creative content for all genres from independent producers for Bell Media’s two conventional networks and for its English specialty and pay channels. Coe has overseen the development and production of Bell Media’s critically-acclaimed and award-winning original series, including most recently Cardinal, Orphan Black, Letterkenny, The Amazing Race Canada, MasterChef Canada, 19-2, The Beaverton and Killjoys, among others.

Coe was formerly Vice-President, Business and Legal Affairs, CTVglobemedia, where she was responsible for the legal and business affairs on the independent Canadian programming commissioned by the CTV network and for CTV’s numerous specialty channels. A member of Canada’s television production community for many years, Coe previously worked for the Canadian Television Fund and the Ontario Film Development Corporation, and practiced entertainment, corporate commercial and intellectual property law at Smith, Lyons.

Coe currently sits on the Board of Governors of the ACTRA Fraternal Benefit Society, and the Board of Directors for the Canadian Film Centre and the Harold Greenberg Fund. She is a recipient of WXN (Women’s Executive Network) Canada’s Most Powerful Women Top 100 Award and the Women in Film and Television (WIFT-T) Crystal Award, in the Mentorship Category. Coe also is the recipient of the Canadian Women in Communications (CWC) Leadership Excellence Award in the Mentor Category, and she was named Production Executive of the Year by Playback magazine.