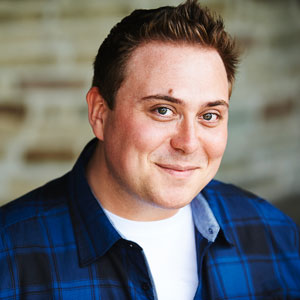 John Nicholls’ latest work can be seen on the upcoming first season of SkyMed from Piazza Entertainment and Julie Puckrin for Paramount+, CBS Studios and CBC.

In 2017, he was invited to Miami, Florida to be part of the first season of I Am Frankie for Nickelodeon and Paradiso Pictures, along with completing Parkdale from filmmakers Aris Athanasopoulos and Kevin Walker.

In 2016, John edited the Emmy-Nominated TV Movie Terrific Trucks Save Christmas (Director Richard Rotter and Producer Michael Kessler) for NBC Universal. He also cut both seasons, and the TV Movie Summer Splash for Make It Pop, as well as episodes of The Other Kingdom, all from creator Tom Lynch, produced by DHX Media for Nickelodeon and Family Channel.

For nearly a decade, John honed his craft by working alongside some of Canada's biggest editing talents on shows such as Lionsgate's Nurse 3D, Netflix's Hemlock Grove, Jon Cassar's Forsaken, CTV's Saving Hope, YTV/Disney XD's Wingin' It and YTV/Teen Nick's Life with Boys.