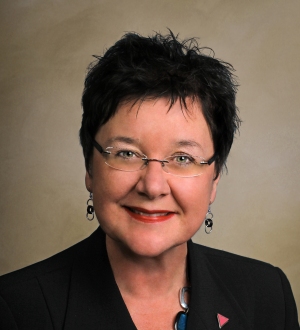 After completing a BSW at MUN she worked with the St. John’s Status of Women Council where she helped found the first Transition House for women and children victims of domestic violence.

Gerry’s film career began in 1982 at the National Film Board’s Studio D in Montreal where she was Program Producer of the Federal Women’s Film Program, a film production, distribution and training program for women filmmakers. In 1992 she returned to Newfoundland and founded Augusta Productions.

Gerry has more than 20 films to her credit and over 40 international awards. Among these are the multi-award winning film "My Left Breast" (for which she won two Geminis) and the films "Pleasant Street,” "FERRON: girl on a road" and “After the Montreal Massacre.” Rogers is currently in post-production on "From Her Majesty’s Pen,” shot in Canada’s oldest men’s penitentiary.

Gerry travels extensively giving lectures and workshops on documentary filmmaking, status of women, and human rights issues. She has been featured in numerous papers and magazines, “The Rosie O’Donnell Show,” “The Vicki Gabereau Show,” on CBC Radio with Shelagh Rogers, among others.

Gerry is also known for her health advocacy, especially her leadership role in drawing public attention to the need for the Cameron Inquiry on the botched ER/PR pathology tests for women with breast cancer in Newfoundland and Labrador.