Gaming for a Greener Future 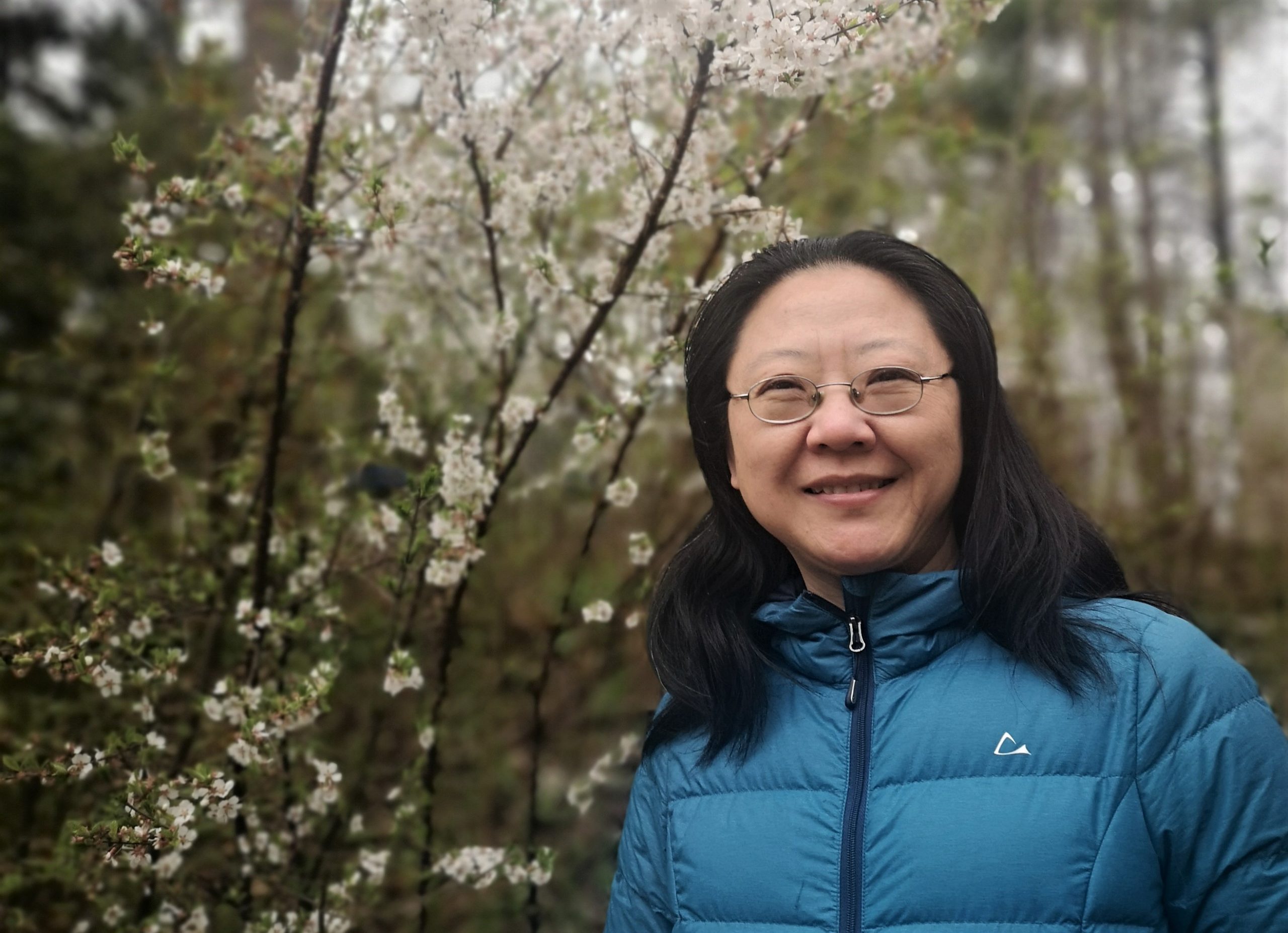 In efforts to make her hope a reality, Li works with an eco-focused mindset that includes educating young people through gamification. Her feminist enterprise, Springbay Studios, develops interactive children’s games and experiences that aim to engage kids with environmental science. The climate crisis belongs to everyone. But it’s the youth of today whose future is at stake. Li’s goal is to empower young people to take action toward building a world where humans and nature live in harmony.

Where It All Began

Li grew up in mainland China and when she entered the job market in the 1990s she found work with a Taiwanese gaming company that was hiring anyone with an engineering background.

It’s rare that a feminist biomedical engineer ends up in the gaming industry but that’s what happened to Jane Li. Her first job in the video game industry was a programmer, writing code. Through experimenting with software development, Jane discovered her passion for digital storytelling and that video games were an ideal tool for learning.

“It was kind of an accident, but fortunate for me to find something I really love,” says Li. “I think a lot of people who have an engineering or science background are also interested in art.”

Back then, Li was chosen for the job because of her skills and qualifications, not her gender. She remembers the fairness of not being judged as a female in a male-dominated industry and went on to use the same equal opportunity hiring practices years later within her own enterprise.

Li became the lead game designer at the company and worked on a game that was based on the classic Chinese novel and love story, Dream of the Red Chamber. Being the lead gave her the opportunity to design with a feminist lens where she fostered a collaborative and inclusive environment with the other programmers and artists. She worked with another female engineer who led the software design and they were the only female-led team within the company. While the men focused on traditional time-based strategy games, Li took a new approach to gameplay that included simulation plus role play about emotion.

However, the gaming industry faced many challenges in China. Software piracy and illegal licensing was a big problem in this country. Li couldn’t see a future in her home country as a game developer and decided to immigrate to Canada in 2000.

Her sister Grace was already in Toronto so Ontario was the obvious choice. Once Li was settled, she sought out work at companies which were making games that aligned with her feminist mindset and values of learning and caring for others. She attended conferences like the Game Developers Conference to network and meet people in the gaming industry. Li worked as a freelance consultant before co-founding Springbay Studio in the early 2000s with her business partner—also her sister—who had a degree in computer science as well as managerial experience.

This perspective was – and is – how Li sees the world. Her perspective includes nurturing and supporting people and preservation of the natural environment in which we live. Springbay projects reflect and promote the creators’ feminist values of equality and inclusion. They benefit women, men and youth, because players come in many shapes and sizes.

Springbay’s early projects included games like the Living Garden at a time when Facebook games were gaining popularity. The game reflected feminist values “I always think, when we play something, I hope that we learn something,” Ji says.

Another early Springbay project was inspired by the book Men Are From Mars, Women Are From Venus. The game, Mark and Mandi’s Love Story was distributed by Big Fish Games and is still available for purchase. Li worked with a team of artists, programmers and developers to create the game. Li enjoyed the challenge of using game design to present the different ways that men and women view certain subjects in a fun and lighthearted way.

After Li had children—who are now both young adults who have attended university—she was motivated to create more meaningful gaming experiences that had a bigger impact. She had always been aware of climate issues but her research was an eye opener and as a mother felt a responsibility to take action to care for the future, for her kids. “We are biological creatures. If this biosphere is messed up, we do not get a chance.”

When Springbay looked at who their audience was and the content they were building, it became clear they should start with children. Screen time is an ongoing issue for young people growing up in today’s digital work and Li is well aware of the pros and cons of what online learning can offer. “If we are developing a game, we’re not going to glue them to the screen, because this is not how you are going to build a foundation,” she says.

Springbay’s mission is to use gamification as a way to encourage young people to learn about and take action toward sustainable lifestyles. The innovative products are on a scalable, gamified platform for global educators to inspire greenhouse gas emission reductions.

The beauty and benefit of gamification is that it provides the feeling that you are playing a video game, but it’s not truly a game. Players are earning badges and points in a structured way that involves user interaction. The iBiome-Wetland game and app and the iBiome-Ocean school editions offer resources for students to build and explore natural habitats in virtual settings. The blend of virtual learning with real life field trips is a winning combination in that nature doesn’t necessarily guarantee results such as spotting a specific type of wildlife. But you can count on the online version to deliver. Educators have told Li how the gaming components keep students engaged and complement their teaching units on the ecosystem and natural habitats.

Springbay’s recent endeavour is the League for Green Leaders.

The goal of the League for Green Leaders is to give young people an opportunity to build a virtual ecosystem where they can learn about biodiversity. Including ‘leaders’ in the name was a deliberate choice says Li: “We’re trying to make our children become the leaders rather than be the sufferers for the eco side.”

Springbay Studios video that features youth talking about their experience with the games.

It’s Not Easy Being Green

What’s missing? What would help?

In addition to building sustainable lifestyles, sustainable funding is what Springbay needs develop their learning products. Li says that guaranteed monthly income from donations or ongoing matching funds from accelerator or government programs would be a step in the right direction.

But funding is hard to come by. Some days are more discouraging than others. In some cases, it has come down to a matter of semantics where Springbay has been excluded from government funding because they don’t meet the criteria requirements of ‘clean technology’. The term ‘clean technology’ is limited to tech such as solar panels, wind turbines and electric cars. Li isn’t arguing that these sectors aren’t important but insists that environmental education needs to be part of the equation if we are going to limit global warming in the near future.

Still, she has hope.

“Our games are not all gloom and doom,” says Li. “I think people are trying different ways to convince people that if we work together, there is hope. We cannot change this by ourselves.”

If people think that the younger generation aren’t mature enough to tackle these complex issues we need only look to examples such as Greta Thunberg, the origin of Earth Day or the success that Springbay has seen.

“My fourth graders really enjoyed tracking their CO2 footprint by participating in the League for Green Leaders Pilot Program.”

“See what happens when you add extra of one species to your biome. Students will see right away how species depend on one another and how easy it is for an ecosystem to get off-balance.”

Fifth Wave, CFC Media Lab's feminist business accelerator, has teamed up with media partner, LiisBeth — a womxn-led and owned intersectional feminist media enterprise — to showcase its program participants and their companies. Throughout 2022, Liisbeth will feature the women founders, and their businesses, who are participating in the Fifth Wave program, a CFC Media Lab initiative. Read Liisbeth's monthly digital magazine for feminist entrepreneurs or check this page monthly to learn more about the inspirational women who are choosing to develop their companies by employing feminist business practices. 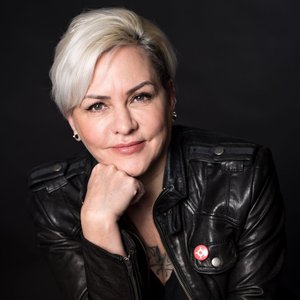