CFC Features is looking to invest and creatively collaborate with the brightest and most promising filmmakers from across Canada who have engaging stories for the big screen. If you are a writer, director or producer with a feature film in the million dollar realm, this program offers you an unparalleled opportunity to make your movie a reality.

Designed to help filmmakers at various career levels, CFC Features is a unique and extraordinary opportunity for writers, directors and producers to advance their scripts and produce their films to achieve maximum critical and commercial success. The experience includes a thoroughly tailored  development process based on participants' needs, and on the specific creative, technical and business needs of individual projects.

For any additional information and questions regarding CFC Features, please email features@cfccreates.com.

The program is designed for films with production budgets under one million dollars. CFC Features can provide up to 100 per cent of the production financing to a maximum of $500,000. For projects with budgets exceeding $500,000, filmmakers are responsible for securing any additional funds required (subject to approval of CFC Features).

Support and financing is provided in three stages.

Development through CFC Features provides creative, practical and professional mentorship in theatrical feature filmmaking and is specifically tailored to the precise needs of the key creative team. Development begins with a focus on script with the writer, director and producer all participating when necessary. Once the script has been more fully realized, our focus will shift to the director’s rendering strategy then, in collaboration with the producer, the development of a solid, complete production package and strategy.

Your filmmaking team will benefit enormously from the involvement and mentorship of broadcast and theatrical distribution executives and creative experts starting in the Development Lab and throughout the Production Lab. We will ensure that your production team continues to receive mentorship during the domestic and international marketing and distribution stages of your feature film.

Eligible projects are feature films that are:

“CFC was trumpeting my short films as far back as 2007 and suggested I write a feature . . . and they were very supportive in the process . . . it just made sense that we go with the people that supported us and Justine [Director, CFC Features] really supports us . . . they opened venues to eOne and Seville . . .The Movie Network, Movie Central, and they also hooked us up with the Tribeca All Access program. I mean this is the kind of support that you want.”

“CFC Features made MOLLY MAXWELL a reality. From page to screen it would not have been realized without the unwavering support of the CFC. [Combining the] financing with the mentorship provided and the connections made between producers and the industry’s best and brightest, I now have an experience I will cherish and look back on with fondness.”

“CFC Features wants nothing more than to make great films and launch new voices in filmmaking talent. The program gives emerging filmmakers the opportunity and resources to achieve that goal in a professional and supportive environment. I am so grateful for the experience."

RHYMES FOR YOUNG GHOULS writer/director Jeff Barnaby ('13) and lead actress Devery Jacobs have signed with a top NY/LA based management company, Circle of Confusion. Barnaby is preparing to realize his second feature film,  Blood Quantum, which has already garnered support and interest.

NURSE.FIGHTER.BOY co-writer/producer Ingrid Veninger (’00) has written and directed several acclaimed and very personal features, including TIFF selected Only, Modra, and  i am a good person/i am a bad person.

Talented NURSE.FIGHTER.BOY co-writer/director Charles Officer (’02) helmed the acclaimed feature documentary Mighty Jerome, made in collaboration with the NFB. Charles has also written and performed in several stage plays, including playing the lead role of Walter Lee in Soulpepper’s production of A Raisin in the Sun.

SIBLINGS director David Weaver ('04) has gone on to work on several projects, including directing the segment "Lost Boys" of the festival hit anthology film Toronto Stories, and the feature film The Samaritan, starring Samuel L. Jackson.

19 MONTHS writer/director Randall Cole (’98) wrote and directed the comedy Real Time starring Jay Baruchel and Randy Quaid, as well as the thriller 388 Arletta Avenue, starring Nick Stahl and Mia Kirshner, which was featured at TIFF in 2011.

After the success of his CFC Feature CUBE, co-writer/director Vincenzo Natali (’96) has continued to direct a number of high-profile films in Canada and Hollywood, including the acclaimed feature Splice with Adrien Brody and Sarah Polley.

RUDE writer/director Clement Virgo (’93) and co-producer Damon D’Oliveira ('91) continue to work together as some of Canada’s foremost creators. Their work after RUDE includes the features Love Come Down, Lie With Me, Poor Boy's Game and the acclaimed mini-series The Book of Negroes.

BLOOD & DONUTS director Holly Dale (’88) is a sought-after television director in Canada and the U.S. Her work in TV includes Durham County, Flashpoint, NCIS and Dexter.

Steve Hoban ('92) produced his first feature BLOOD & DONUTS through CFC Features and has since gone on to produce a number of successful films through his production company, Copperheart Entertainment, including the Academy Award-winning animated short Ryan, the Ginger Snaps series and Splice.

22 Chaser - Behind the Scenes 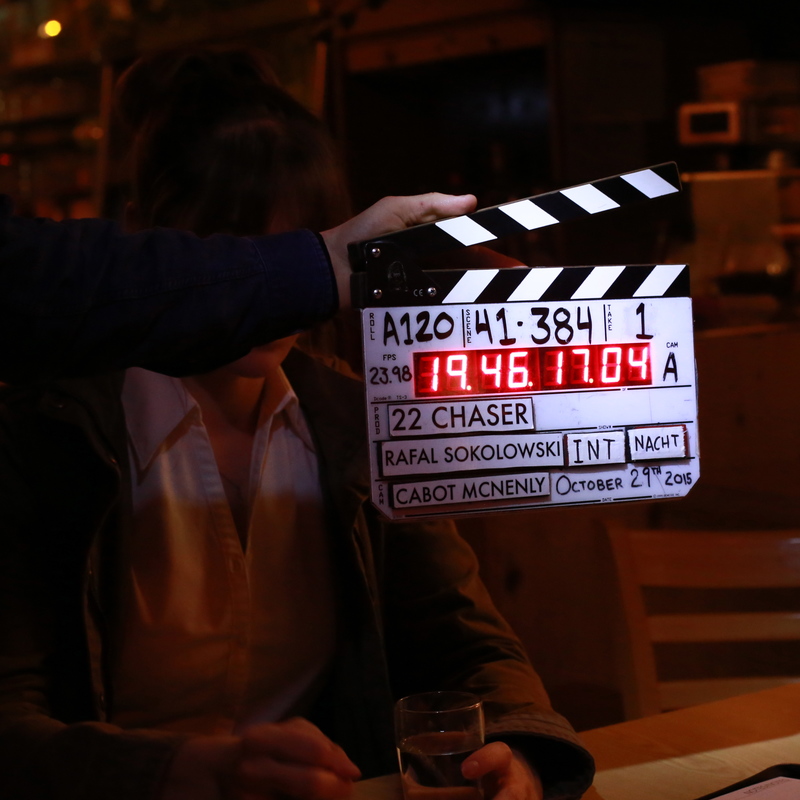 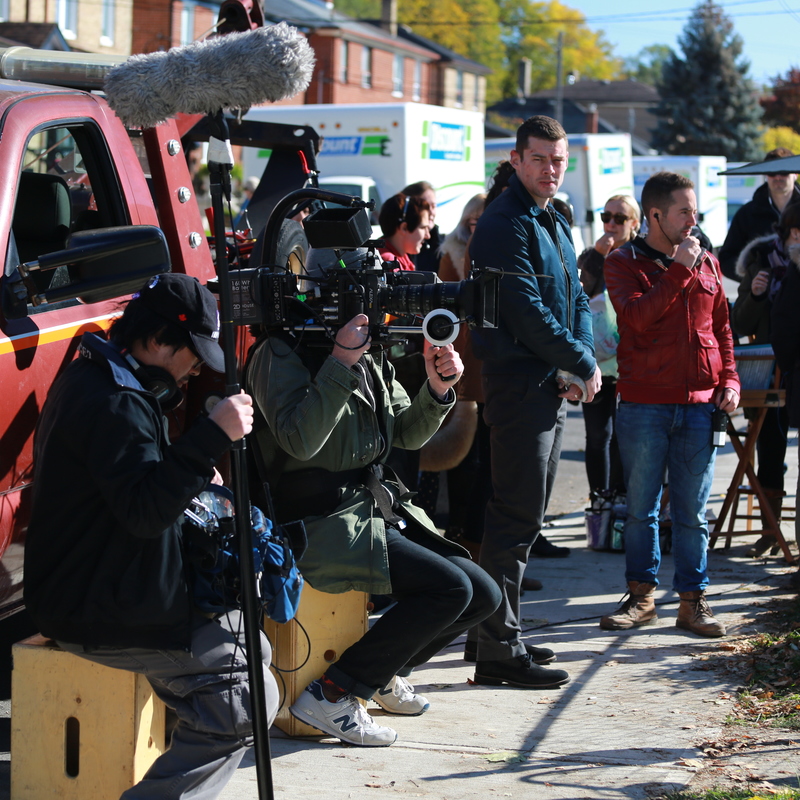 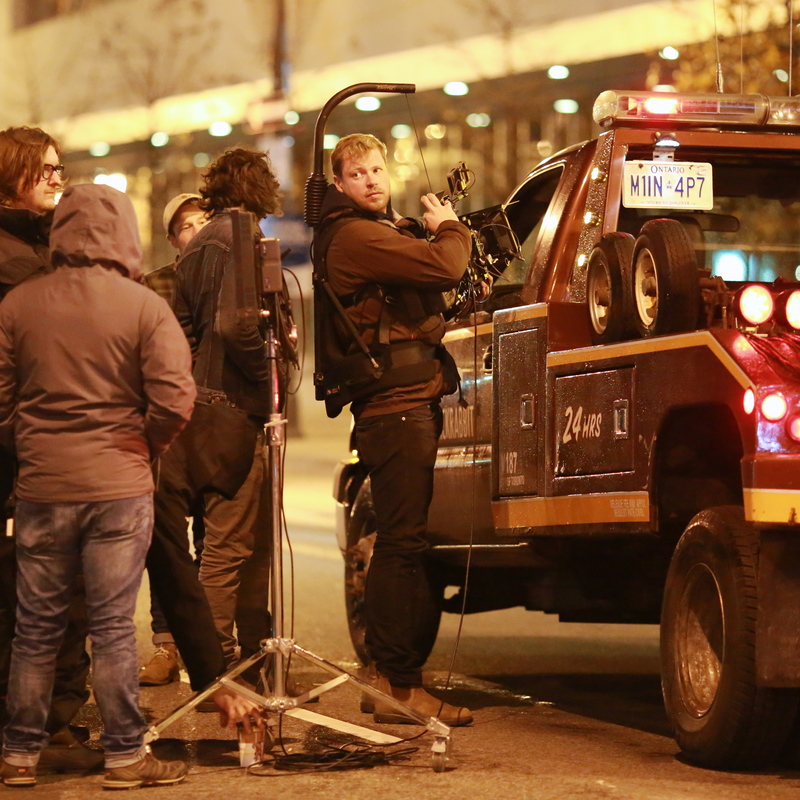 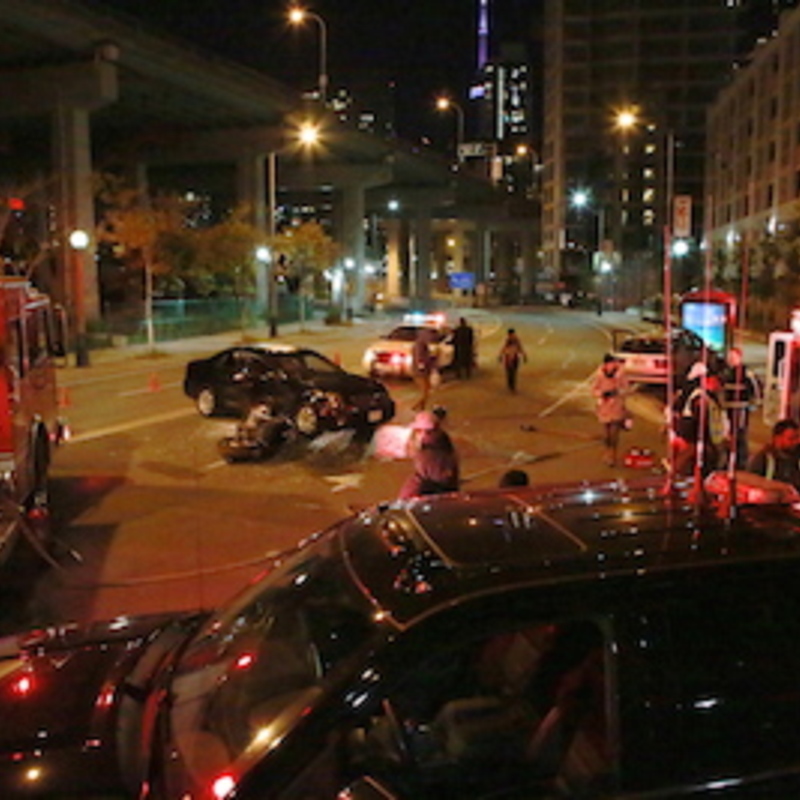 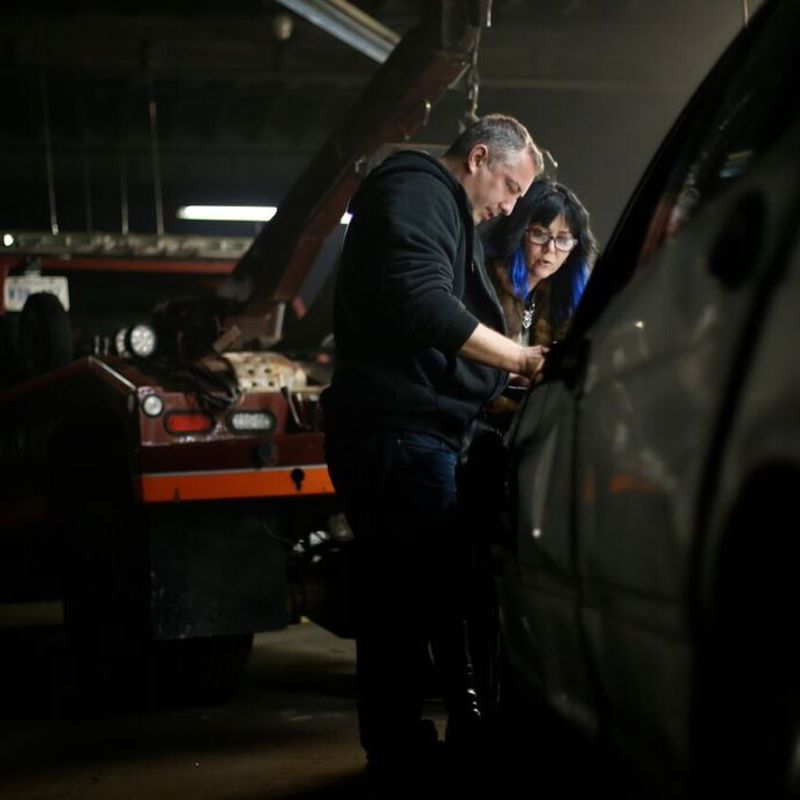