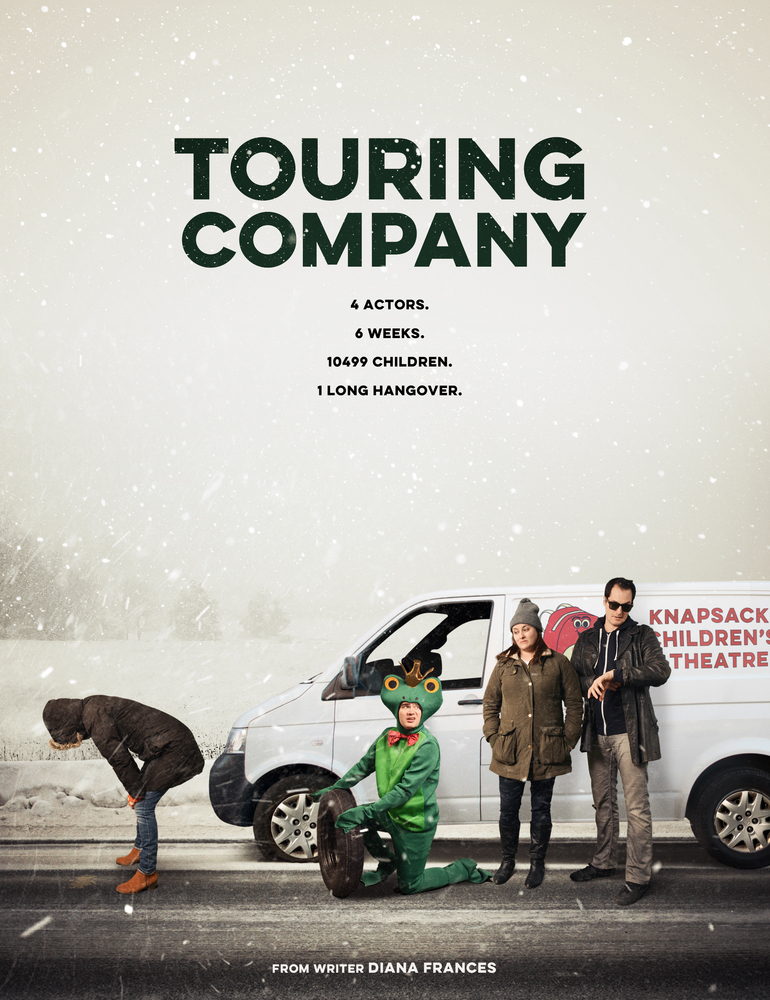 TOURING COMPANY is a single-camera 1/2 hour comedy that takes us on the road and behind the scenes of a group of actors stuck in a van for 12 weeks as they figure out what success really looks like.

Once the star of Canada’s most popular teen drama, ‘Space High,’ Karen’s career peaked at 18 after a spectacular display of bridge burning. She has spent the last 15 years trying to climb back up the fame ladder, but has only gotten as high as the ‘touring children’s theatre’ rung.

Karen vowed she’d only do one children’s tour because she was a ‘real’ actress. This is her sixth. Now, she just wants to keep her head down, cash the cheques and put auditions on tape for the hot new TV show, ‘Pretty Good Cop.’
Crammed in the van with Karen’s bitterness are Michael (the young, handsome optimist), Asha (the perky germaphobe), Maurice (the stage manager confidant) and James (the romance novel model Karen loves/hates to sleep with.) Each one of these characters deals with success differently, and each one challenges Karen’s comfortable grumpy mode 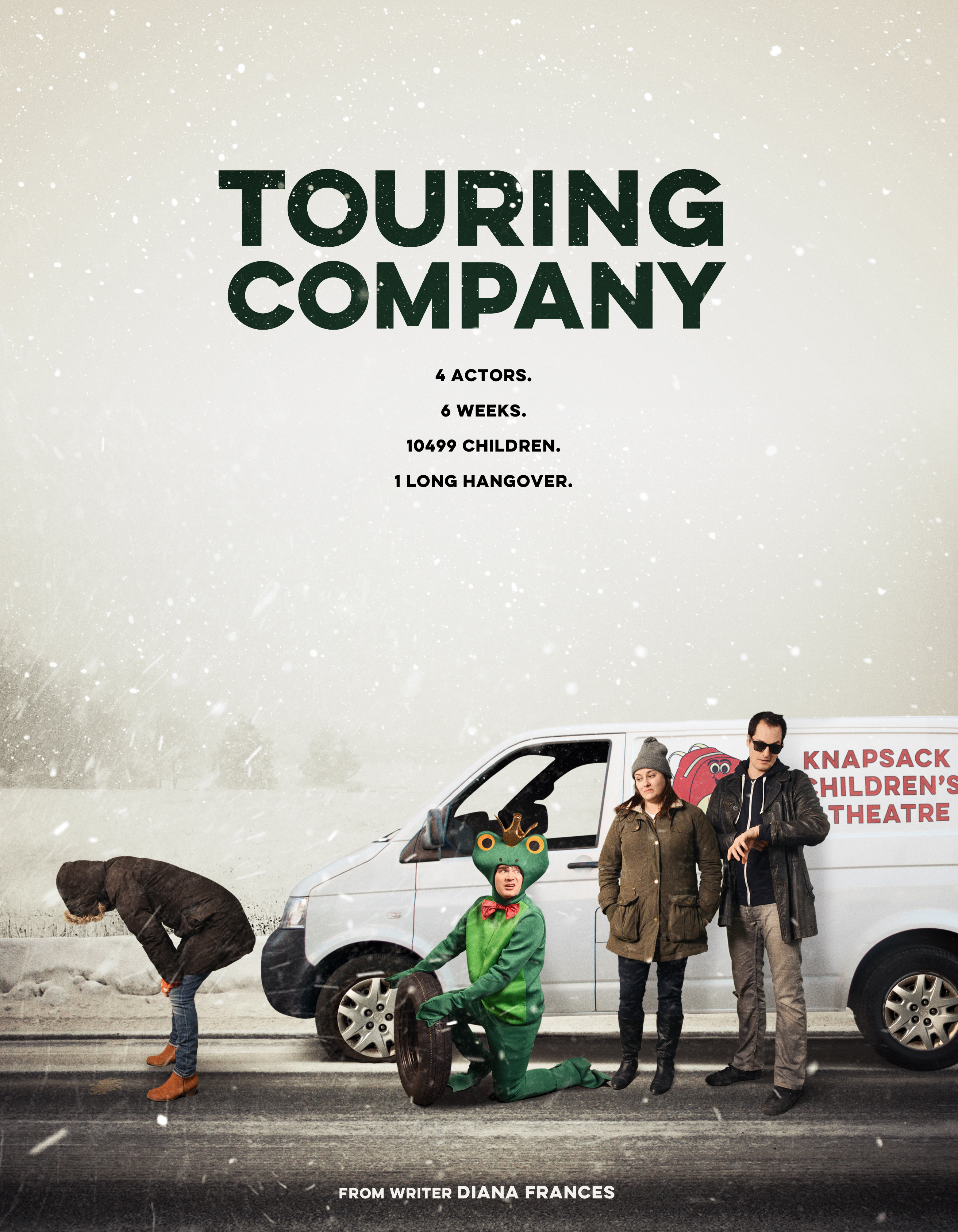